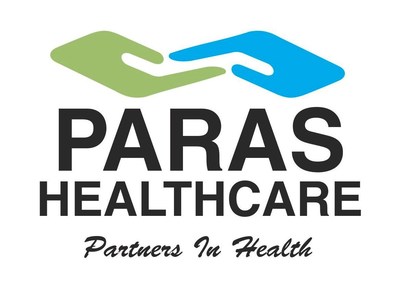 WHO refers the ‘hard of hearing’ to those people who have hearing loss ranging from mild to severe. These people can get benefit from hearing aids, cochlear implants and other assistive devices. However, those patients including children and adult who are having significant or profound hearing losses can be only benefitted from cochlear implant surgery.

He further enlightened that in a surgical procedure of 3-4 hours implant is placed inside the inner ear of the patient. After this implantation a child has to undergo speech therapy session for at least two years. With the help of this procedure deaf and dumb children can learn to hear and speak . To diagnose if a child can hear or not, early hearing screening of new born is necessary. OAE, which is a basic hearing screening test, is performed to check whether a child can hear or not in future or the child is hearing impaired. This test can be done after second day of the birth. In more advance countries like US, Europe and Australia more implants are being done in adult population as elderly patients are unable to understand speech despite the best quality hearing aids.

Dr. Sanjay Khanna gave an insight on this device and said, “Cochlear Implant is an electronic device that provides sound signals from damaged or non-functioning part of inner ear to the brain. cochlear implant has two parts, the first part is surgically implanted into the bone surrounding the ear which consists of a receiver stimulator that decodes and sends an electrical signal to the brain. The second part is an outside device which is made up of a microphone or receiver, speech processor, and an antenna. This part receives the sound, converts it into an electrical signal and sends it to the inside part of the cochlear implant.”

Dr. Sanjay Khanna said in Haryana more than 115,000 people have some form of hearing loss and this number is increasing. To check the increase in number of children going undetected and subsequently crossing the appropriate age for treatment, a Universal Newborn Hearing Screening (UNHS) program is urgently needed in Haryana. Paras Hospital, Panchkula has all facilities for early diagnosis, intervention and habilitation for children identified with various forms of hearing loss.

Mr. Ashish Chadha, Facility Director, Paras Hospital, Panchkula said, “In India, four in every 1000 children suffer from severe to profound hearing loss, with over 100,000 babies born with hearing deficiency every year. The estimated prevalence of adult-onset deafness in India is 7.6% and childhood onset deafness 2%, according to Union Health Ministry. Hearing disability is the second most common cause of disability in India.”