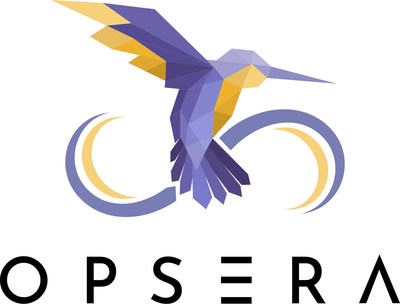 Learn more about the Opsera and Octopus Deploy integration by attending this free webinar on April 12, 2022: https://www.opsera.io/events/opsera-and-octopus-integration

Today, organizations face the complexity of deploying applications across multiple clouds and environments to keep pace with innovation and customer demands. To address the need for deployment efficiency, Octopus provides one tool to accelerate reliable, repeatable, and traceable deployments across clouds and on-premises. However, adding an orchestration layer to deployment processes is critical to ensure continuous deployment is achieved. Expertise in multiple proprietary scripting languages, domain-specific languages, and configuration files are typically required to orchestrate delivery tasks amongst tools. Using Opsera’s no-code orchestration solution reduces this complexity and allows organizations to rapidly scale DevOps processes with freedom of tool choice and fully automated deployment pipelines and workflows. Opsera also eliminates the need to write manual glue code and custom scripts.

With the Octopus and Opsera integration, users enjoy:

Increased velocity and reduced barrier to entry
Configuration as Code can be complex but Octopus offers a simple Configuration as Code solution that balances the full power of Git with the usability of Octopus. Opsera then provides further benefits by giving developers the ability to manage Octopus deployments across multiple clouds and environments in parallel (i.e. VMs, Kubernetes, EC2, AKS, EKS, Functions, serverless, database deployments, etc.) via a no-code orchestration platform.

Customizable reporting and metrics
It’s critical that all stakeholders, from CXO to engineering and product owners, understand which KPIs to use to measure deployment success and have full visibility into those metrics. Octopus provides dashboards that show you what version of your application is deployed to what environment. Users can see who deployed which release to what environment, when they did it, and if it was successful or not. Opsera complements this with 100+ KPIs adhering to the set standards from DORA, DoD, and NIST DevSecOps metrics.

“The Opsera and Octopus integration offers the speed and control software delivery teams need to keep pace with modern DevOps,” said Vishnu Vasudevan, Head of Product at Opsera. “Multi-cloud and multi-environment deployments are challenging but proliferating in the enterprise. Combining the flexibility of tool choice and no-code automation of Opsera with Octopus Deploy’s exceptional deployment automation capabilities means release engineers and developers can deploy across environments faster, better and secure with strict security and compliance measures in place with 360 degree visibility from planning to operations including Value Stream Management.”

“We’re excited to see Opsera’s integration of Octopus Deploy. This will allow customers to take advantage of Octopus Deploy’s strengths in continuous deployment automation. With this new integration, software teams will be able to orchestrate their CI/CD pipelines with Octopus’ deployment capabilities,” said Octopus VP of Product, Colin Bowern.

Schedule a demo to see the Opsera and Octopus integration in action: https://www.opsera.io/schedule-a-demo

About Opsera
Opsera is the first Continuous Orchestration platform for next-gen DevOps that enables choice, automation, and intelligence across the entire software life cycle. It offers simple, self-service toolchain integrations, drag-and-drop pipelines, and unified insights. With Continuous Orchestration, development teams can use the tools they want, operations teams gain improved efficiency, and business leaders have unparalleled visibility. Opsera believes DevOps has transformed from an aspiration to a practical science, and Continuous Orchestration is the future to help organizations accelerate DevOps adoption and reach peak innovation velocity.