VALLETTA, Malta, Sept. 16, 2020 /PRNewswire/ — OKEx (www.okex.com), a world-leading cryptocurrency spot and derivatives exchange, has announced that OKChain, the commercial public chain developed by OKEx, has been officially renamed as OKExChain. As a public chain focusing on transaction functions, even in testnet, OKExChain has already made breakthroughs in many areas, including transactions per second, on-chain governance, permissionlessness and cross-chain mechanisms. 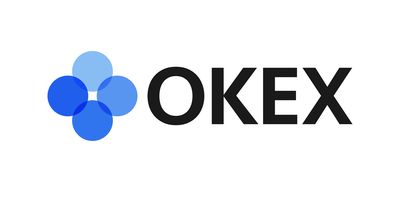 In terms of the degree of decentralization, OKExChain also takes the lead among exchange-developed public chains. By fully utilizing the nature of peer-to-peer networks, implementing irreversibility and efficient autonomy in its source code, no participants (including its developer, OKEx), are able to control or manipulate the public chain, thus achieving absolute decentralization and meaning that OKExChain can be considered a “fundamentalist” public chain.

“We are very confident in the technical strength of OKEx. Throughout our extensive testing, OKExChain has shown very high performance with all the necessary elements of a decentralized public chain,” said OKEx CEO Jay Hao, continuing:

“Decisions such as whether to enable open node elections, commit to open source, or have governance tokens are indispensable elements of a public chain. So, this is also the easiest way to judge whether a ‘public chain’ is truly public or just a pseudo-public chain. With the growing popularity of the DeFi concept, users should take these considerations into account, and be more alert to whether some so-called DeFi projects are truly decentralized or not.”

Possibly the most significant feature and advantage of OKExChain lies in its degree of decentralization. In April 2020, OKExChain became one of the first exchange-developed public chains to become 100% open source. Every individual has the right to become a validator node, and not even OKEx has the ability to control the public chain. In order to become one of the validator nodes of OKExChain, OKEx has to compete with other participants. As of now, 21 supernodes and 41 candidate nodes have participated on OKExChain.

In addition to on-chain governance, users of OKExChain also enjoy a high degree of autonomy. Through OKExChain smart contracts, everyone can issue their own digital assets while building a variety of decentralized applications, such as users’ own liquidity pools. The order-book model is also permissionless.

What the trading-centric OKExChain aims to bring to the cryptocurrency space is the enablement of large-scale applications with high performance based on blockchain technology. This requires high TPS and stability, which are not easy to achieve on a decentralized network.

At its height, OKExChain generated 10,189,564 blocks with a total trading volume of 107,356,559, indicating that OKExChain is operating stably. In terms of performance, the current TPS of OKExChain can theoretically reach 1,000, which is significantly higher than the processing capacity of the current ETH public chain.

Moreover, OKExChain will introduce its Oracle soon as a secure signed price feed for the liquidity pool and order-book transactions for various derivatives, such as margin and perpetual.

High compatibility drives the development of the ecosystem

OKExChain will be EVM-compatible and support all existing Ethereum smart contracts in the future, which will make it easy for developers to migrate their DApps onto the new chain without friction.

At the same time, this cross-chain mechanism allows OKExChain to support and migrate all mainstream digital assets. The decentralized IBC cross-chain protocol will be integrated, and the cross-chain transactions will be implemented by Relayer.

What’s more, OKExDEX, the first project in the OKExChain Ecosystem implemented on multiple operating systems, provides users with a one-stop solution to issue their digital assets, create their own digital asset trading pairs, and trade freely on both AMM and the order book with ease.

Thanks to its high compatibility, OKExChain has already cooperated with more than 60 ecosystem partners, covering the public chain, PoS mining pool, explorer, wallet and other major components of the crypto space.