Obstacle Course Racing Is Set to Replace Equestrian in the Olympics

NEW DELHI, May 6, 2022 /PRNewswire/ — Since its inception almost a decade ago, The Devils Circuit Races, from the stables of Volano Entertainment Pvt Ltd, have attracted athletes and thrill seekers alike. Proclaimed to be the ‘Toughest Race in Asia‘, the winners of the Devils Circuit Legends Cup have been army personnel, fitness trainers, and professionals with an affinity to personal fitness. 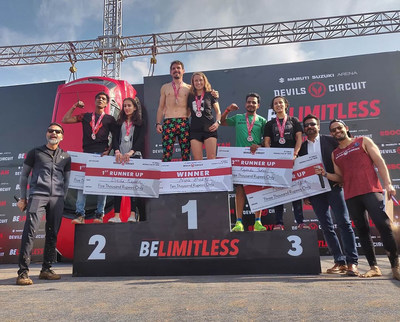 Now it seems they may have access to the highest glory possible in sport.

According to the Union Internationale de Pentathlon Moderne (UIPM), modern pentathlon’s international governing body, obstacle course racing is set to replace equestrian in the event, perhaps as soon as the 2028 Summer Olympics. It’s unclear exactly what OCR in the Olympics will look like, as the UIPM plans to test two different variations of the sport.

Modern pentathlon, which has been an Olympic sport since 1912, is made up of five disciplines, including fencing, freestyle swimming, pistol shooting, and cross–country running. The fifth discipline, equestrian show jumping, appears to be out in favor of OCR. Equestrian’s demise comes amid charges of animal abuse. At the 2020 Summer Olympics in Tokyo, German coach Kim Raisner was disqualified from the Games after she was caught on video punching a horse.

The Devils Circuit races in India introduced the concept of obstacle running and in the last 10 years have hosted participants from over 300 cities, and 32+ countries. In fact the winner of the last Season (2019-20) in the male category, was a German from Berlin – Lucas Kempe – who holds podium finishes in almost all major obstacle races globally. For the previous season, this honour of winning the Devils Circuit went to Sukhchain Singh from the Indian Army.

As obstacle races head towards the Olympics, Adnan Adeeb, who is not only the Founder of Devils Circuit but also the brand ambassador of the property, had this to say: “This news is absolutely a dream come true. The devilslayers (this is what participants in Devils Circuit are called) are a community of over 2 million athletes who push their limits and overcome challenges without any specialized gear, aerodynamic apparel, or trainers. They are raw sport-persons who have only one goal in mind – to be better today than they were yesterday. This spirit is what defines Devils Circuit, and it would be an honor for us to have our athletes go on to compete in the biggest global sporting tournament – The Olympics. My goal will now be to see the Tri-color at the podium and bring glory to our great country. For this, I have already identified potential athletes and am in discussions with them on how we can offer them support.“

To this added Zeba Zaidi, co-founder & head of operations, “Whilst the Devils Circuit races have always followed a pattern of 5 kms and 15 obstacles, we are awaiting further details to emerge as to what the Olympic Circuit would look like so that we can start adapting our races to that and ensure Indian athletes get the advantage of as much practice as possible. We will leave no stone unturned to help Indians excel at the Olympics at obstacle racing.“

The Season 2022-23 of the Devils Circuit Races, which were put on hold for the last 2 years due to the pandemic is poised to be announced with the first race potentially to be held in Chennai in September, 2022.

More details can be found at www.devilscircuit.com

Devils Circuit is a brand owned by Volano Entertainment Private Limited. Started in 2012, the current season will also be a celebration of the property completing a decade and is poised to be held across 9 cities starting from Chennai and ending in Delhi NCR.

So far, the property has attracted over a quarter million participants from over 130 cities and 32+ countries. Through the last 6 seasons, Maruti Suzuki Arena has held the Title rights to Devils Circuit.