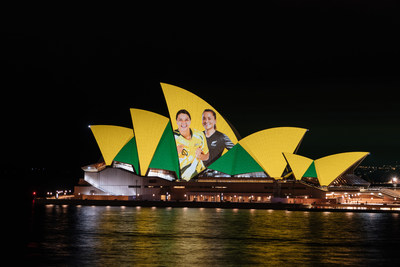 It will be the first FIFA Women’s World Cup to be held in Australia or New Zealand and Sydney is well positioned to host key matches including the Final, when match dates and venues are confirmed at a later stage.

Premier Gladys Berejiklian said the winning of hosting rights was a massive coup for NSW.

“We are ecstatic to be welcoming the world’s best female footballers to NSW in 2023 for this historic tournament, which will deliver enormous cultural, social and economic benefits to our state for decades to come,” Ms Berejiklian said.

“After what has been an unprecedented year so far, today’s announcement is a major morale boost — giving not only sporting fans but the wider NSW community something to look forward to in 2023, while creating plenty of new jobs and opportunities.”

Minister for Jobs, Investment, Tourism and Western Sydney Stuart Ayres said the tournament would attract players and their passionate fans from every corner of the globe.

“This will be the first time that the FIFA Women’s World Cup features players from 32 nations, who bring with them supporters from all over the world,” Mr Ayres said.

“This was a true team Australia effort. Our bid was the strongest and securing this World Cup reaffirms New South Wales as a destination of choice for global events.

“It will also play a significant role in helping our local tourism economy bounce back, with the potential to attract more than 16,000 visitors who are estimated to inject AUD21 million into the state.”

Acting Minister for Sport Geoff Lee said the tournament will help support the growth of women’s football across NSW.

“This is a huge win for NSW which gives grassroots sport a powerful injection to drive participation higher in the cities and the regions,” Mr Lee said.

“In 2023, there will be role models and heroes that young women in NSW will aspire to emulate and I’m sure this World Cup will inspire our next generation of Matildas.”

“NSW loves their football and we look forward to welcoming the world to play the world game right here in our backyard.”

Football Federation Australia Chairman Chris Nikou said, “The FIFA Women’s World Cup™ 2023 in Australia and New Zealand will be ground-breaking in many ways.”

“We would like to thank our governments and the Australian public who have supported the bid from the outset.”

“We very much look forward to partnering with the NSW Government to leverage this once in a lifetime opportunity for women’s football, to grow the most popular sport in Australia.”

The FIFA Women’s World Cup 2023 is the eighth addition to the NSW Government’s 10 World Cups in 10 Years initiative, which continues to secure some of the biggest and best sporting events for our state.

NSW has put forward Stadium Australia, the Sydney Football Stadium and Newcastle Stadium, with match allocations to be announced at a future date.