Next in Line: Modern-Day Royals Star in New Raffles Campaign

PARIS, Nov. 2, 2021 /PRNewswire/ — Raffles Hotels & Resorts today announced Hotel Royalty Since 1887, a brand campaign developed by Accor’s Creative Studio, a diverse cast of modern-day royals, and celebrated film director and artist, Peter Greenaway. Renowned for his evocative films with striking imagery, Peter Greenaway brings his powerful vision to this collaboration, the first commercial project of his career. The campaign pays tribute to the brand’s storied history and prestige through an innovative, emotive, offbeat, and atypical lens – modernising hotel royalty through a multi-generational cast that have always considered Raffles their luxury brand of choice. 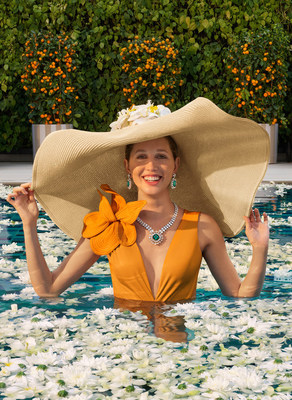 The new campaign is designed to reinterpret the golden age of travel, with each vignette emulating a painting, layered with saturated colours and textures that feel exotic and daring, yet also familiar. Filmed and shot at Raffles Singapore, the birthplace of the brand, the campaign draws from the fundamental spirit of Raffles, showcasing the extraordinary experience the brand provides. Inspired by Raffles’ philosophy of true luxury being not only about what you do, but also about how you feel, the campaign highlights the brand’s position as a destination for the well-travelled; a meeting point for many cultures, infused with international influences, where stories are told, and legends are made.

Showcasing an enchanting, imaginary day in the life at Raffles, the campaign follows a cast of real-life royals – HIRH Catharina von Habsburg, Archduchess of Austria, Princess of Hungary and Bohemia with her mother HIRH Archduchess Anna Gabriele von Habsburg, born von Wrede; HRH Maharaja Sawai Padmanabh Singh, King of Jaipur; George Spencer-Churchill, Marquess of Blandford; HRH Princess Maria-Olympia of Greece and Denmark; and HH Prince Nikolai of Denmark – as they embark on a series of marvellous and whimsical adventures. As the day progresses, scenes build to a crescendo through a riot of colours, textures and movement, culminating with the joy of an opulent banquet. Throughout the scenes, simple pleasures become elevated, and the journey inspires a sense of wonder and amazement, reflecting the true essence of the brand and the feeling of Raffles’ guests when in residence.

From writing to fashion and from polo to aviation, each royal cast member has a personal passion that connects to the roots of the Raffles brand. Director Peter Greenaway has incorporated these passions into the campaign in symbolic and meaningful ways. One particularly poignant scene depicts HIRH Catharina von Habsburg writing exactly where Rudyard Kipling, one of her favourite authors, wrote The Jungle Book. Greenaway captures an incredibly moving moment as von Habsburg pens an emotional letter to her ancestor, Marie Antoinette. Throughout the film, Greenaway aims to portray Raffles as an exclusive retreat for well-travelled connoisseurs, enchanting them with distinctive and meaningful experiences.

A legendary brand known for creating landmark properties in culturally rich destinations around the world, Raffles is on track to double its portfolio by 2024, adding a host of distinguished addresses that will continue to set the standard in luxury hospitality. Recently, Raffles opened a second hotel in Dubai (The Palm), and the much-anticipated Raffles London at The OWO is set to open in 2022, along with additional flagship properties planned for Boston, Doha, Jeddah, Macau, Bahrain, Moscow and more.

About Raffles
Raffles Hotels & Resorts boasts an illustrious history and some of the most prestigious hotel addresses worldwide. In 1887, Raffles Singapore set the standard for luxury hospitality, introducing the world to private butlers, the Singapore Sling and its enduring, legendary service. Today, Raffles continues this tradition in leading cities and lavish resort locales, enchanting travellers with meaningful experiences and service that is both gracious and intuitive. Connoisseurs of life choose Raffles, not merely for its aura of culture, beauty and gentility, but for the extraordinary way they feel when in residence with Raffles. Each Raffles, be it Paris, Istanbul, Dubai, Warsaw, Jakarta or the Seychelles, serves as a venerated oasis where travellers arrive as guests, leave as friends and return as family. Raffles is part of Accor, a world-leading hospitality group consisting of more than 5,200 properties and 10,000 food and beverage venues throughout 110 countries. 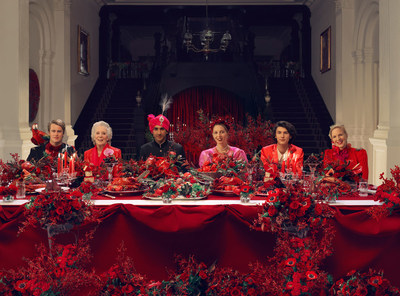 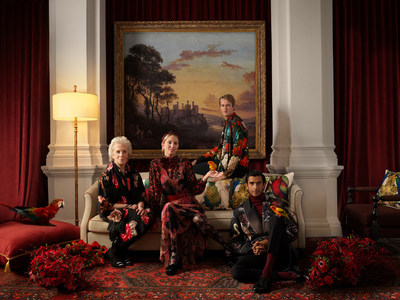