Southwest China’s Chengdu is vigorously boosting the New Economy industry by launching another round of New Economy scenes and products. 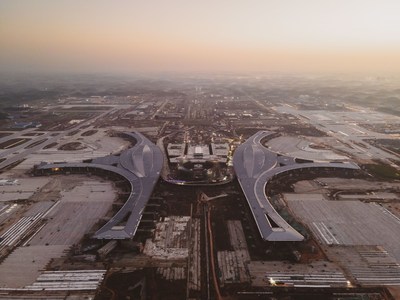 “Convergence of Scenes – Chengdu Eastern New Area Meets the Future”, one of the events affiliated to 2020 Chengdu New Economy Double Thousand Project, will be held on August 20 at the Chengdu Tianfu International Airport. The event will introduce 100 new scenes and 100 new products of the New Economy sector.

Chengdu Eastern New Area, officially licensed this May, is a significant part of Chengdu’s blueprint for development, and new economy constitutes one of the new area’s focuses.

Expected to be came into use in 2021, Chengdu Tianfu International Airport will make Chengdu the third boasting two international airports in China, after Beijing and Shanghai. The airport will not only serve as an international aviation hub but also take the role of creating an aviation economic zone in newly launched Chengdu Eastern New Area.

It’s noticed that Chengdu Eastern New Area is located on the main axis from Chengdu to Chongqing. It is expected to accelerate the development of the Chengdu–Chongqing economic circle, an initiative proposed by the Chinese authorities earlier this year, in an attempt to foster a growth pole for high-quality development in western China. The airport will be a major transportation hub of the Chengdu–Chongqing economic rim and open a gateway for further opening-up.

Istanbul Airport now with its own Museum