ZHUHAI, China, Nov. 19, 2019 /PRNewswire/ — Kweichow Moutai Group announced during the 2019 Overseas Distributors Conference held on November 10 that the group exported 1,576.82 metric tons of Moutai and other brands under the Moutai umbrella during the ten months ended October 31, 2019, achieving exports valued at US$369 million. As part of the ongoing investment in expanding its network of overseas distributors, the Chinese liquor manufacturer added a major distributor under a trial arrangement and opened 10 new stores in international markets during 2019. Moutai currently has 107 overseas distributors in 64 countries and regions across five continents, including 44 countries targeted by the Chinese government’s Belt and Road initiative, an increase of six since the end of last year. Moutai Group chairman and party committee secretary Li Baofang said, “It’s one of the most significant changes we have seen in overseas markets since Moutai rebounded in the domestic market in 2016. It serves as a strong testament to Moutai’s effective promotions in overseas markets over recent years. We have successfully expanded our presence in markets outside China with the growing popularity of Moutai among consumers around the world, thanks to the tireless efforts of everyone at Moutai Group that now date back several years.” 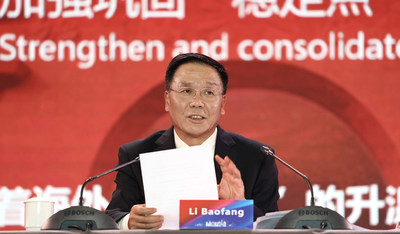 Mr. Li added, “There are only 50 days left until 2020. Moutai is very likely to achieve sales of 100 billion yuan (approx. US$14 billion) by the end of this year, completing our 13th Five-Year plan one year ahead of schedule. As a result, we will be able to start preparing our 14th Five-year plan early.” He added, “Based on these considerations, we define 2020 as the Year of Strengthening Our Foundation.”

“With the continued growth in popularity of Moutai in international markets, we will consistently support the Belt and Road initiative and fit ourselves into the initiative’s greater mission. We look forward to achieving fruitful outcomes over the next few years and we believe that we are well on track to creating a promising future for the Moutai brand.”

Moutai Group general manager and party committee deputy secretary Li Jingren said, “We hope our overseas distributors will continue to support the further growth of Moutai and work closely with us to reshape the overseas markets by building a broader consensus and enhancing a better understanding of the Moutai culture as we seek to better understand each market’s culture around the consumption of alcoholic beverages.” 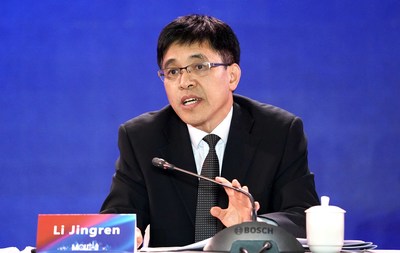