RIYADH, Saudi Arabia, Nov. 4, 2020 /PRNewswire/ — Cultural leaders from the Group of 20 and other nations pledged today to support the role of the cultural economy and meet annually during the G20, with next year’s discussion to take place under Italy’s presidency. 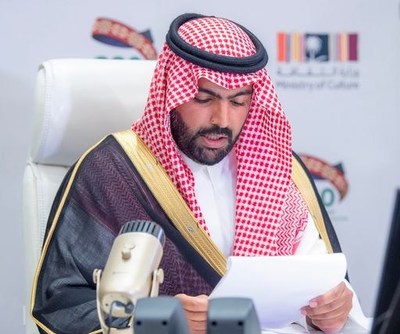 Under the theme “The rise of the cultural economy: a new paradigm,” culture ministers and officials from international organizations in their inaugural meeting discussed heritage preservation, sustainable development and culture as a catalyst for economic growth. The talks focused on employing new technologies, developing digital platforms for artistic expression, while making cultural resources more easily accessible.

“This high-level cultural presence at Saudi G20 Presidency illustrates our shared belief in the vital role of culture in propelling the innovation ecosystem of economies,” Prince Badr bin Abdullah bin Farhan Al Saud, Saudi Arabia’s Minister of Culture, said in his closing remarks. ”The onus is on us to preserve our shared heritage for future generations and to produce and disseminate culture in a sustainable manner.”

Saudi Arabia organized the meeting on the margins of the G20 meeting as the Covid-19 pandemic continued to curb the movement of people and goods around the world. The World Bank has a baseline forecast of a 5.2% contraction in global growth this year after the pandemic infected millions of people, disrupted air travel and tourism, and led to national economic lockdowns.

However, as the pandemic changed lives around the world, people continued to communicate, exchange ideas and artistically express, took virtual tours of museums and galleries and engaged with private and public initiatives.

“Precisely in a difficult moment like the one we are experiencing, the universal values of culture can represent the foundations on which to build rebirth,” Dario Franceschini, Italian Minister of Cultural Heritage and Activities and Tourism and co-chair of the first meeting said. ”The serious crisis unleashed by Covid-19 has laid the foundations for an important innovative turning point in terms of the diffusion of new technologies.”

This accessibility demonstrated the resilience of the cultural economy and helped spur economic growth through innovative means by creative industries to increase the global exchange of cultural goods and services. UNESCO puts annual revenue from cultural and creative sectors at $2.25 trillion and exports at more than $250 billion. The sectors employ nearly 30 million people worldwide while some forecasts put its contribution to global GDP at about 10% in the near future.

The inaugural meeting, held virtually, was organized by the Saudi Ministry of Culture and G20 Saudi Secretariat as part of The International Conferences Program, honoring the G20 Saudi Presidency year 2020.

On the sidelines of the meeting, the Ministry of Culture also announced an initiative to establish a world-class center dedicated to the management, restoration and protection of underwater cultural heritage in the Red Sea and the Arabian Gulf. The center, which will be affiliated with the Ministry’s Heritage Commission, will be responsible for developing the sector in Saudi Arabia and the region. This will be achieved through a range of initiatives aimed at enhancing research in the field and generating effective policy initiatives, as well as raising awareness of the importance of the underwater cultural heritage as a civilizational legacy for humanity.

The next meeting to discuss the cultural economy will be hosted by Italy’s Ministry of Cultural Heritage and Activities and Tourism during its country’s presidency of the G20 in 2021. 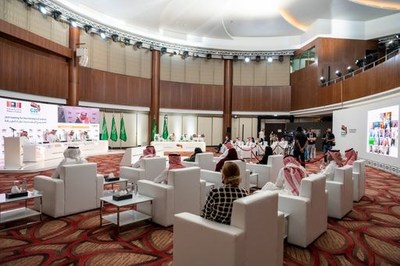