Miami, May 06, 2022 (GLOBE NEWSWIRE) — NFTs are all the rage right now – thousands of NFT projects are released, fueling the thirst of mainstream users, investors, digital art collectors, and NFT enthusiasts for more exposure to different financial incentives in the metaverse. One prominent project that aims to make waves in the non-fungible tokens (NFT) space is Metadragnarok. 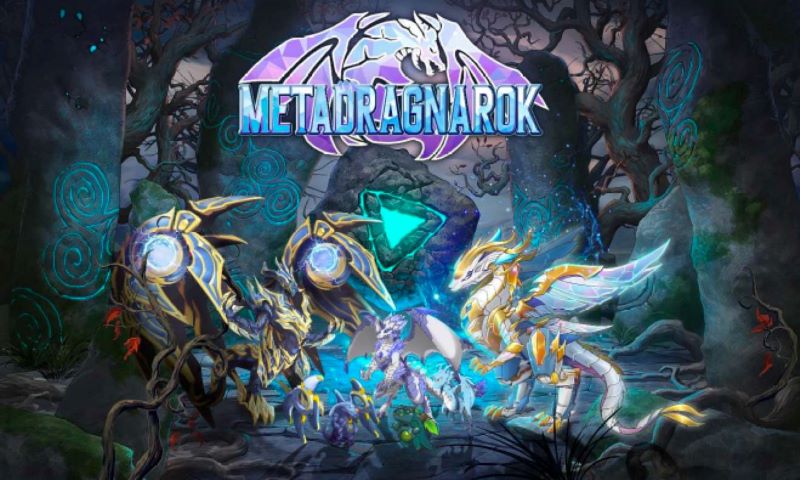 METADRAGNAROK is an open-world exploration, NFT creature collecting and auto battle game built on the Binance Smart Chain (BSC) and Solana (SOL), released on PC in 2022.

Metadragnarok is a game universe filled with fierce, fire-breathing Dragons that rule the world. To become the best dragon trainer with a stand on the Leaderboard, players need collect Dragons as pets, raise them, and take on monster opponents in the Arena.
The universe has a player-owned economy where players can truly own, buy, sell, and trade resources they earn in the game through skilled-gameplay and contributions to the ecosystem. There are countless Dragons in different forms in different classes. Each Dragon has unique skills and counter-classes.

The dragons are the maximum expression of players’ effort within the game, which they will be able to train, level up, evolve, and improve their lineage, to obtain unique, rare, epic, legendary, and mythical dragons. These will not only be personal achievements that players will be proud of, but they will also be able to show these dragons off in a battle against other players in a PVP arena in real-time and try to become the best of them all.

Metadragnarok is created to aim at a fair, transparent, and non-custodial game running on smart contracts to reward the players with not only the most realistic open-world exploration but also real money.

Besides, Metadragnarok will become an ecosystem of amazing Dragon gaming experiences built on community and player-owned economies as
foundational pillars.

Metadragnarok team’s desire is to make a community-governed NFT game with digital items that are tradeable on marketplaces. In that, users and the core development team are both incentivized to work together to grow the network. The mechanism by which the community of $DRA holders will govern and maintain the protocol, via the Metadragnarok Council, and what types of changes can be proposed.

Dragons are grouped into one of 9 classes: Light, Dark, Fire, Water, Grass, Ice, Ground, Elf, Ice, and Thunder. As in many RPGs, the choices users make regarding the class of their Dragons will affect the outcome of their battles with wild monsters.

Each dragon has a different rarity. The rarer a Dragon is, the more powerful his one-of-a-kind ability is. Also, his value on the marketplace is higher. There are 6 different levels of rarity: Common, Uncommon, Rare, Epic, Legendary, and Mythical.
Each Dragon goes through 3 stages of evolution: Baby Dragon, Junior Dragon, and Adult Dragon.

When the Dragon reaches a specific level, players can undertake mutation to evolve into an entirely new Dragon with better appearance and stats to the previous one by purchasing an evolution-supporting NFT item on the Marketplace. One thing to keep in mind is that the previous NFT will be burnt. Evolution not only enhances a dragon’s power, but it also raises its market value.

Only players owning a dragon can join the game. There are two ways to possess a dragon: buy a dragon and buy dragon eggs, hatch them and wait for them to give birth to a new dragon. The game can be enjoyed in a variety of ways: PVE, PVP, or World Boss – where players have to cooperate with others to defeat mutual enemies. It means that players can compete with other players, join quests, defeat bosses, and participate in special events to unlock new areas and in-depth storylines. This play-to-earn game is offering its users money according to the time they spend on this gaming platform. With every win, players will earn some reward in the form of valuables and in-game items. In-game items, valuables, and dragons with high traits are tradable. If players get bored with the dragons in the future, they can simply sell them at the NFT marketplace to have money in their account.

PVE: AFK IDLE is an activity in which players may collect materials to utilize the power of each of their dragons when joining PVE without having to spend too much time online. Users can choose a level on Adventure Map to join the land, travel and discover hidden. Dragons will be raised by defeating 1-3 little monsters that dare to block their way. Players who conquer levels 1-9 will receive the token rewards.

PVP: Players have to battle against the others to make their dragon a fighting hero legend and to prove they are superior Dragon trainers. In PVP, queuing in the Ranked Arena involves being randomly matched with an opponent with the same skill or calling out other players in ad-hoc wagered matches in the Arena. Two players will have a token bet agreement, the winner will receive the loser’s DRA tokens (with 2% deduction). And the loser will lose the item(s) and blood bottle used in this battle. Players who don’t join battles can spectate and wager on the outcomes.

World boss: Players need to cooperate with others to defeat mutual enemies. It might take a couple of times to complete the quest, but the result will not let them down. Players who conquer levels 1-9 will receive the token rewards. The reward differs based on the amount of damage the player has caused to the boss.

Metadragnarok’s native token is called $DRA. It is used for not only major tournaments, Dragon evolution and burning mechanism; but also to advance areas (mission) with rare NFT items drop and participate in DAO Governance, purchase NFT Eggs and unlock new areas. The second token, called $DOR, is also the main play-to-earn reward. It is applied for in-game activities, to participate in game modes and special events.

The Metadragnarok roadmap is separated into four different phases, each focusing on improving aspects of the game and bringing new features and capabilities for players.

Phase 1: In the second quarter of 2022, Metadragnarok team will develop NFT design, launch NFT Marketplace and Game strategy and Marketing. Furthermore, $DRA Special round and Private Round will be open for sale in turn.

Phase 2: In the third quarter of 2022, $DRA Public Sale will be available for purchase. The team plans to grow their community on social media, launch Metadragnarok on Pancakeswap and list on Coingecko, Coinmarketcap and other exchanges.

Phase 3: A chain of events will occur in the fourth quarter of 2022. They are Alpha Test Event, Metadragnarok collection, Team Expansion and Game studio/partnerships.

Phase 4: Beta test, global social media and influencer campaign will take place in the first quarter of 2023. Besides, some major CEX exchanges will be listed

With a team of professional game developers with years of experience in the game industry in general and the blockchain game industry in particular, Metadragnarok team has created a strong foothold for themselves in the business through their achievements, successful projects and potential investors.

Metadragnarok is primarily reliant on its economic mechanics as a modern play-to-earn platform. The circulating supply is 1,000,000 tokens (50% on BSC+ 50% on SOL).

The distribution is as follows:

Metadragnarok is a revolutionary project that will bring the whole blockchain industry to the next level. More so, it is a place where high-edge technology meets the original digital art shaping the future of the blockchain today.