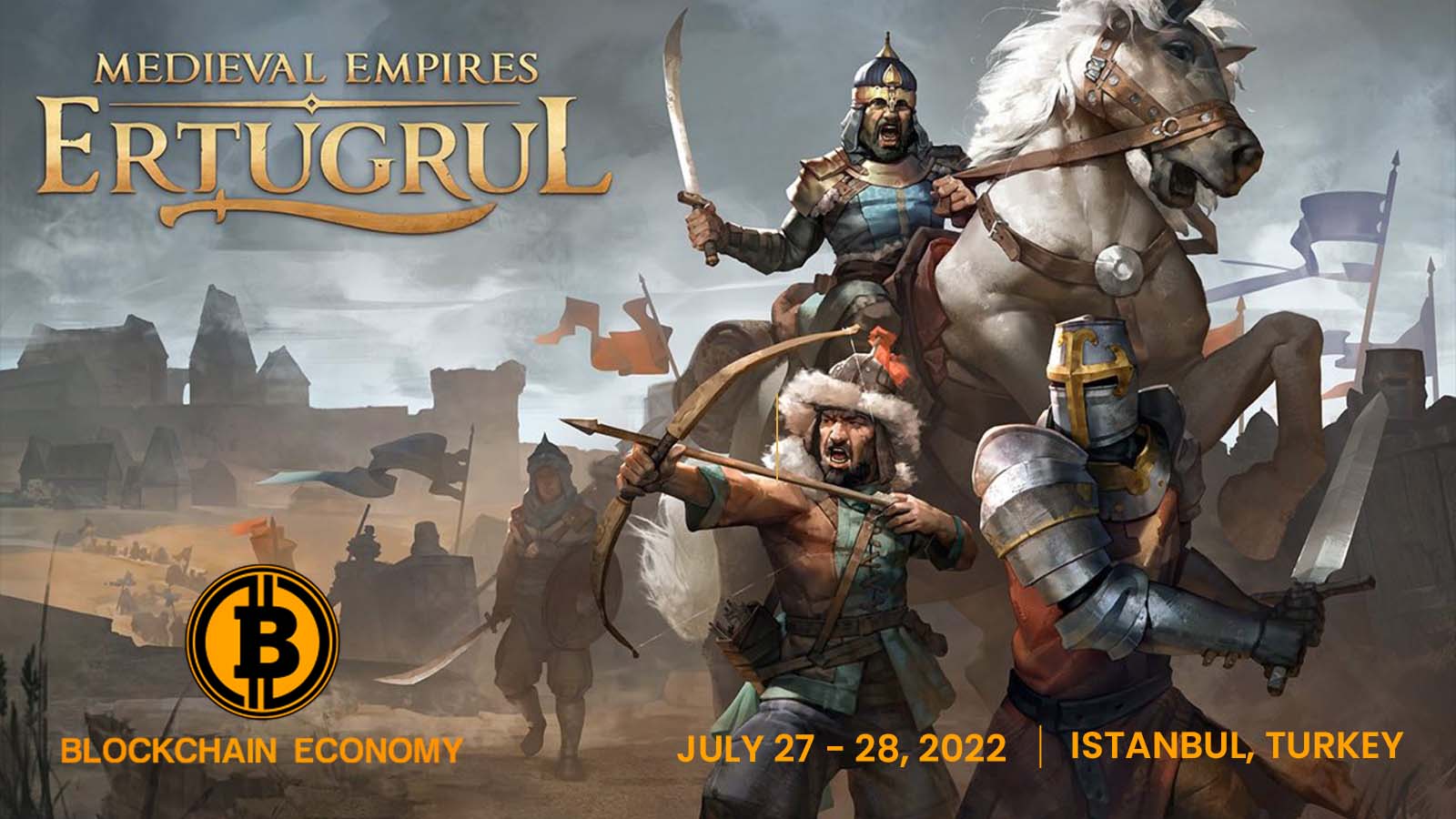 Istanbul, Turkey, July 27, 2022 (GLOBE NEWSWIRE) — The core team of Medieval Empires: Ertugrul has gathered in Istanbul, Turkey to participate in the Blockchain Economy Istanbul Summit, the largest blockchain event in Eurasia on the 27th and 28th of July 2022. The key team members attending the event include the co-founders of the game: Chief Visionary Officer, Mr. Assad Dar, Blockchain Entrepreneur, Carl ‘The Moon’ Runefelt, and famous Turkish actor and producer, Engin Altan Düzyatan. Along with them, Mr. Jan Berkefeld, Chief Executive Officer, and Mr. James Crabb, Chief Marketing Officer will also be attending the event.

On the second day of the event, the three co-founders will participate in a panel discussion on the topic of Taking Blockchain Gaming Mainstream. Carl, Engin Altan, and Assad will be discussing how the right mix of immersive gameplay, strong tokenomics, and a team of experienced gaming professionals infused with a global pop culture phenomenon will be the right mix to give blockchain gaming the push to be a part of the mainstream gaming world. The speakers will also be announcing upcoming updates regarding their game, Medieval Empires: Erturgul during their session on the 28th of July 2022.

Medieval Empires: Ertugrul is an epic Web3 strategy game based in a blockchain-powered historical world, where the players will be able to build, explore and conquer exciting opportunities to play and earn. Co-founded by famous blockchain influencer, Carl “The Moon” Runefelt and internationally acclaimed actor, Engin Altan Düzyatan (also reprising his famous character as the Kayi Tribe leader Ertuğrul Gazi in the game) along with a team of gaming and blockchain industry veterans, the game aims to provide a state-of-the-art Web3 experience to the fans of the character/actor, gamers as well as blockchain and crypto enthusiasts.

For more information and updates about the #MedievalEmpires #Ertugrul, visit: Website | Linktree