HOLLYWOOD, Calif., Nov. 10, 2022 /PRNewswire/ — CJ 4DPLEX, the world’s leading producer of premium film formats and cinema technologies, announced today that Marvel Studios’ “Black Panther: Wakanda Forever” will feature the most ScreenX content ever – the highly anticipated sequel will include over 60 minutes of exclusive story-enhancing imagery only available in ScreenX. The follow-up to 2018’s “Black Panther” opens nationwide this Friday, Nov. 11. 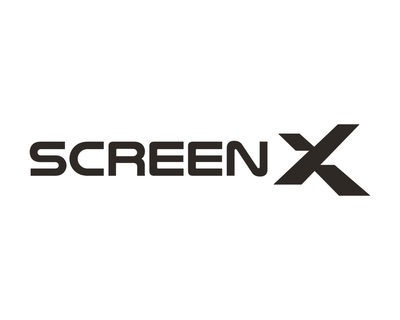 ScreenX surrounds and transports moviegoers into the riveting action of the film by expanding specially selected film sequences onto the left and right-side walls of the auditorium. CJ 4DPLEX worked closely with Marvel Studios to ensure the highest-quality presentation of the exhilarating adventure and guarantees an immersive viewing experience that can’t be replicated anywhere else. “Black Panther: Wakanda Forever” will be available on over 340 ScreenX screens worldwide.

4DX transcends the traditional moviegoing experience with special effects like vibration, water, wind, snow, lightning, and scents, among others. By utilizing over 21 unique motion and environmental effects, 4DX transports audiences into the action of the film. “Black Panther: Wakanda Forever” will be on over 780 4DX screens worldwide.

Don Savant, CEO & President, CJ 4DPLEX America stated, “‘Black Panther’ changed the superhero narrative forever. We’re thrilled to showcase the next edition of this epic action adventure in our super premium formats, and to have a landmark 60+ minutes of exclusive story enhancing imagery for our ScreenX audiences.”

“Black Panther: Wakanda Forever” tickets are on sale now and can be purchased at your local ScreenX and 4DX theaters.

CJ 4DPLEX is a leading, next-generation cinema technology company, headquartered in Seoul with international offices in Los Angeles and Beijing. The company has created innovative film technologies for theaters worldwide that include ‘ScreenX’, ‘4DX’, and ‘4DX Screen’ for consumers to experience films in ways that were never before possible.

ScreenX is the world’s first multi-projection cinema with an immersive 270 degree field of view. By expanding the image beyond the frame and onto the walls of the theatre, ScreenX draws you into the story on the main screen and immerses you in a virtual reality like setting with cinema quality resolution. To date, there are over 342 ScreenX auditoriums around the world in 38 countries.

4DX provides moviegoers with a multi-sensory cinema-going experience, allowing audiences to connect with movies through motion, vibration, water, wind, snow, lightning, scents, and other special effects that enhance the visuals on-screen. Each 4DX auditorium incorporates motion-based seating synchronized with more than 21 different effects and optimized by a team of skilled editors. To date, there are over 787 4DX auditoriums around the world, spanning over 69 countries.

4DXScreen is a powerful combination of our super premium immersive theatre technologies of ScreenX and 4DX in one auditorium, creating a never-before-seen experience for cinemagoers. To date, there are 42 4DXScreens installed around the globe.