Lion cub tortured by his captors in Russia, then rehabilitated for seven months, will be flown to his natural habitat in an African wildlife refuge

Simba will travel from Russia to Tanzania in late November. All repatriation costs will be paid by the Russian Copper Company after animal rights activists issued a plea for help

URALS, Russia, Nov. 20, 2020 /PRNewswire/ — The future is bright for Simba, the lion cub who was used as a prop for photo shoots in Russia. The lion was near death when he was rescued from a barn in Dagestan, Russia in March 2020; he was tortured, emaciated, and unable to walk. Local residents told authorities his captors used the cub to make money, charging tourists to take selfies with Simba, and that his legs were broken to prevent his escape. He was also malnourished and his body was covered with wounds. Reports of the abuse reached animal rights activists in the Urals. Veterinarian Dr. Karen Dallakyan and others were able to rescue the cub and bring him to Dallakyan’s nonprofit animal rescue centre SAVE ME Foundation in Chelyabinsk, Russia. For seven months, Dallakyan and his team provided medical treatment and cared for Simba. Says Dallakyan, “Many devoted people worked to save Simba. Witnessing the transformation of this magnificent animal makes it all worthwhile. I am relieved and thankful that businesses, organizations, and individuals have banded together to allow this animal to thrive in his natural habitat in Africa.”

The lion cub’s difficult rehabilitation will end with a unique repatriation to Tanzania in late November 2020; an effort that is sponsored by the Russian Copper Company. Simba will be flown to the Kilimanjaro Animal Crew Rehabilitation Centre in Moshi, Tanzania, where he will live in a separate enclosure at a dedicated centre for rehabilitated lions under round-the-clock supervision. The lion will have a large, beautiful space in which to roam.

Russian Copper Company Spokesman Kirill Irkha says, “When we heard of Simba’s plight and the need for funds to repatriate the animal to Africa, we were happy to cover the costs. The abuse suffered by Simba is unconscionable. The world has watched as Simba has regained his health thanks to dedicated professionals and volunteers. We are looking forward to seeing Simba in his natural habitat and are glad to be playing a role in getting him there.”

This is the first official repatriation of wild animals in the history of Russia. 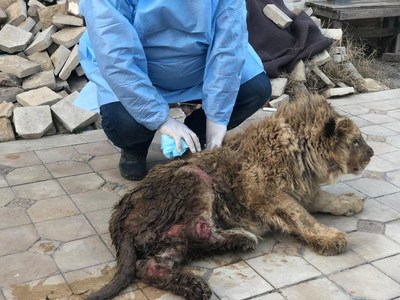 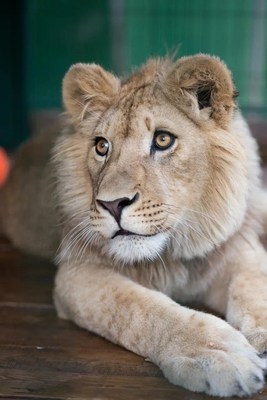