FROM THE ALZHEIMER’S ASSOCIATION INTERNATIONAL CONFERENCE 2019 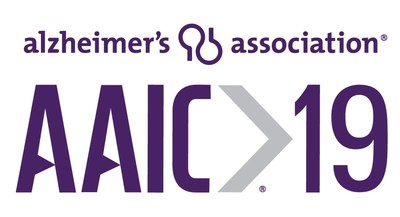 “While there is no proven cure or treatment for Alzheimer’s, a large body of research now strongly suggests that combining healthy habits promotes good brain health and reduces your risk of cognitive decline,” said Maria C. Carrillo, PhD, Alzheimer’s Association chief science officer. “The research reported today at AAIC gives us attainable, actionable recommendations that can help us all live a healthier life.”

To determine whether multi-component lifestyle changes can protect memory and thinking skills in people at risk of developing dementia the Alzheimer’s Association is leading the U.S. Study to Protect Brain Health Through Lifestyle Intervention to Reduce Risk (U.S. POINTER). U.S. POINTER is the first study to examine these combined interventions in a large-scale, diverse, U.S.-based population. The interventions include physical exercise, nutritional counseling and modification, cognitive and social stimulation, and improved self-management of health. The study is taking place at five sites across the U.S.; initial results are expected in 2023.

“This study highlights the importance of following multiple healthy lifestyle practices for lowering the risk of Alzheimer’s dementia,” said Dhana. “In the U.S., adherence to a healthy lifestyle is low, and therefore promoting these lifestyle factors should become the primary goal for public health policies.”

Healthy Lifestyle may Counteract Genetic Risk for Dementia
Genetic factors are known to increase risk of Alzheimer’s disease, but whether or not this risk can be counteracted by healthy lifestyle is unknown. Using data from 196,383 adults of European ancestry aged 60 and older from UK Biobank, Elżbieta Kuźma, PhD, a research fellow at the University of Exeter Medical School, and team, identified 1,769 cases of dementia over a median follow-up period of eight years. The researchers grouped the participants into those with high, intermediate and low genetic risk for dementia, and favorable, intermediate and unfavorable lifestyle based on their diet, physical activity, smoking and alcohol consumption.

To assess genetic risk, the researchers used a polygenic risk score (PRS) based on previously published Alzheimer’s disease genome-wide association studies statistics, including all mutations associated with Alzheimer’s disease. Each genetic risk factor was weighted according to the strength of its association with Alzheimer’s. For lifestyle status, the researchers considered no current smoking, regular physical activity, healthy diet and moderate alcohol consumption as healthy behaviors.

“This research is exciting in that it shows there are actionable things we can do to try to counteract genetic risk for dementia,” said Kuźma. “In our study, adherence to a healthy lifestyle was associated with a reduced risk of dementia regardless of the genetic risk.”

Cognitive Reserve May Protect Against brain Damage Caused by Air Pollution
Previous research suggests living in locations with high levels of outdoor air pollution — especially tiny particles or droplets in the air known as fine particulate matter — is associated with higher likelihood of Alzheimer’s or other dementias, and can cause brain damage and brain shrinkage. Research has also shown that brain damage caused by Alzheimer’s does not result in the same degree of cognitive impairment in all persons living with the disease. This may be explained by “cognitive reserve,” which is the brain’s capacity to cope with the negative impact of brain damage on cognition.

In this new research reported at AAIC 2019, Diana Younan, PhD, MPH, a senior research associate at the University of Southern California, and colleagues looked at a population of women aged 65 to 79 years from the Women’s Health Initiative Memory Study (n=6,113) who did not have dementia at the time of enrollment to see whether cognitive reserve affects the relationship between exposure to outdoor air pollution and risk of Alzheimer’s. Study participants — who were grouped into low or high cognitive reserve based on cognitive functioning scores, years of education, job status and physical activity — were followed over 14 years and tested annually for dementia. The researchers used mathematical modeling to estimate the outdoor air pollution levels at each participant’s home.

“Our study showed that engaging in physically and mentally stimulating activities is an important element of cognitive reserve, and the resulting benefit may offer protection against brain damage caused by outdoor air pollution exposure in late life,” said Younan.

Cigarette Smoking May Reduce Cognitive Function as Early as in Mid-life
Smoking may be a risk factor for cognitive aging, but few studies have looked at how smoking trajectories over the life course are linked to later cognitive function. In new research by Amber Bahorik, PhD, MSW, a postdoctoral researcher at the University of California, San Francisco, and team led by Kristine Yaffe, MD, the study’s principal investigator, the smoking trajectories of adults from the Coronary Artery Risk Development in Young Adults study (n=3,364; mean age 50.1±3.6) were examined over 25 years to determine their link with cognitive function.

The researchers found that, compared to non-smokers, “heavy stable” smokers were 1.5 to 2.2 times more likely to have cognitive impairment, while “quitters” and “minimal stable” smokers did not have an increased risk. They also found cumulative smoking exposure in people who smoked a pack a day for more than 10 years was associated with poor cognitive function. Cognitive impairment was observed among smokers as early as their 40s.

“Our findings demonstrate that early adult to mid-life smoking may be associated with cognitive impairment much earlier than we expected,” said Bahorik. “This adds to the already dense body of evidence showing continued smoking negatively impacts several health functions and emphasizes the benefits of quitting.”

Alcohol Use Disorder in Female Veterans Increases Risk for Dementia
Alcohol use disorder (AUD) is the most common substance use disorder among military personnel and is a growing epidemic in women, according to the Committee on Prevention, Diagnosis, Treatment, and Management of Substance Use Disorders in the U.S. Armed Forces. AUD, which is characterized by the National Institutes of Health (NIH) as compulsive alcohol use, loss of control over alcohol intake, and withdrawal when not using, is experienced by an estimated 16 million Americans. A team again featuring Drs. Bahorik and Yaffe from University of California, San Francisco studied how AUD may increase risk of dementia in female veterans.

“This study highlights the need to consider alcohol use, especially alcohol use disorder, when evaluating dementia risk profiles,” said Bahorik. “It also emphasizes the need for programs and services to address the growing problems of both AUD and dementia in older women.”