Liberal Mind Co,.Ltd. has launched the initial coin offering (IEO) of its native token “BES Token (Battle eSports coin)”, which will be issued as a governance token for Libes, the world’s first eSports platform developed by Liberal Mind Co., Ltd., on January 1, 2022 (GMT+8), on “CAPEX”, the cryptocurrency exchange in Mongolia.

Tokyo, Japan, Jan. 11, 2022 (GLOBE NEWSWIRE) — (via Blockchain Wire) Libes is a platform created by a Decentralized Autonomous Organization (DAO) that aims to create a new form of entertainment for both players and users by taking on the challenge of solving various issues in the rapidly growing field of eSports. 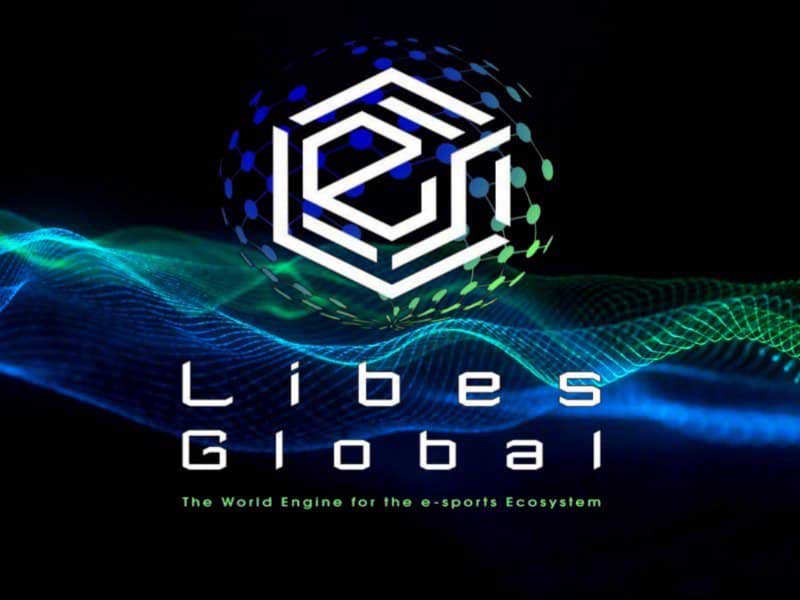 BES tokens function as in-game currency, and are necessary for users to purchase points for gifting to eSports players within Libes, and at the same time serve as voting rights for the platform.

CAPEX is a Mongolian cryptocurrency exchange approved and used by the world’s leading financial institutions, and is attracting global attention for its accelerated growth, including the ability to withdraw funds to banks in Mongolia.

The business alliance with CAPEX and the IEO of BES tokens will further improve the convenience and reliability of BES tokens, and Libes will continue to contribute to the expansion of eSports through its various initiatives. 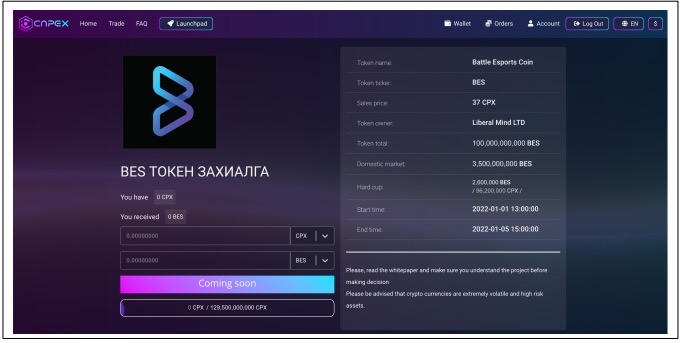 Since eSports is an emerging field, there are still many issues to be solved in terms of the environment surrounding players and attracting new fans, etc. In particular, for most professional players, the main way to earn income is to achieve excellent results in tournaments and earn prize money, or to find sponsors and raise funds.However, with the exception of a few, most of the players will be eliminated unless there are a large number of tournaments or sponsors are found. If the number of players does not increase, the development of the industry will also slow down, and the creation of an ecosystem is a challenge for the development of the industry as a whole.Libes is a revolutionary project that was launched to look at these issues and seek solutions through various initiatives.

Libes will implement a variety of features for players to conduct economic activities, such as 0% commission for receiving gifting, return of commission for predicting wins and losses, and return of commission for selling NFTs.By using these functions, players will be able to engage in economic activities never before possible. In addition, the environment for fans to support players in e-sports is not yet fully developed, but with functions such as gifting, fans will be able to directly support players.

BES tokens have voting rights as Libes governance tokens, and can also be used as prizes for e-sports tournaments and to purchase points within Libes.This also allows non-capitalist e-sports players to acquire BES tokens to govern Libes.Libes will be a platform that connects eSports players and users around the world, and BES tokens will play a role in supporting Libes.

In addition, Libes plans to open the “Libes NFT Store,” where events from eSports tournaments and the rights to play games together will be converted to NFT, allowing players to earn a commission and users to own the famous scenes and rights as their own assets.

In October 2021, we exhibited at the Blockchain Expo Tokyo Autumn, which was attended by many industry projects, and in November, we exhibited at the Dubai Blockchain Expo, and are actively promoting our products. We have also signed a sponsorship agreement with Xeno, the official professional team of the popular game “Wilderness Action”, to further accelerate the project towards the launch of the beta version.

Gifting is the act of viewers and fans giving social tipping online for content that is published on the Internet.Gifting is becoming increasingly popular as a way to directly support the players and gain a sense of unity.As events become more difficult to organize, and online events are on the rise, the business world is starting to pay attention to gifting.

Libes aims to boost the global eSports market, and the first step in this effort will be to support eSports in Japan.1% of the proceeds from Libes will be used to donate e-sports equipment to educational institutions.

Libes has partnered with Mesa (Mongolian eSports Association) to host the PUBG International Tournament from December 27, 2021 to January 4, 2021.The prize money for the tournament will be paid out in legal tender and BES tokens, with the goal of BES tokens becoming the proprietary currency of the e-sports market in the future. The match will be broadcasted by a Mongolian TV station.