Legends Of Crypto, the Strategy-based NFT Card Game is set to debut a new collection of NFT cards.

Amsterdam, April 22, 2022 (GLOBE NEWSWIRE) — LegendsOfCrypto is gearing up for the second NFT sale of its legendary cards. The sale of the Apollo Edition is set to be an important milestone on the road towards the highly anticipated Season 0 of the game! 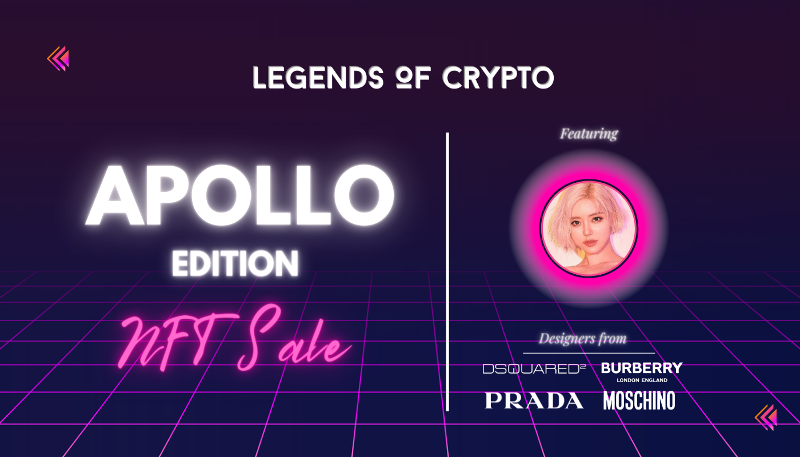 Developed by Amsterdam-based RBL Labs, LegendsOfCrypto has consistently knocked out different targets on its roadmap to emerge as a leading title in the gamefi movement. The Genesis Edition, its debut NFT sale, was sold out within 48 hours. That NFT Card Collection contained premium packs such as the Metaverse Packs, Celebrity Packs, and Packs inspired by their sports advisor and NBA Star, Michael Carter Williams. Of course, the price action of its native $LOCG token was bullish in the wake of this success.

The name of this collection was inspired by the Apollo Missions that first sent humans to the moon and the handsome Greek God of the same name. Consequently, it’s safe to assume that the Apollo Edition could be heading for the moon!

What to expect from the Apollo Edition NFT Sale

Scheduled for the 10th of May, this sale comes on the backdrop of development of the LOCGame Metaverse and the impending launch of the game’s Season 0. Owners of the Collectible NFT Cards will be able to use them within the game or trade them freely in anticipation of changes in value. As usual, 15 of these unique NFT Cards will be required to play the game in its upcoming season. With that in mind, here’s what you need to know about this special NFT drop:

There are four (4) distinct collections of packs to be sold in the Apollo Edition. These are:

There will be a total of 1,375 packs on sale, to be purchased in batches of 5 cards per pack.

While each pack will contain 5 unique cards, there will be a total of 6,875 cards possessing varying levels of rarity. The cards will possess two (2) new levels of visual rarity in addition to the existing hierarchy as follows:

We expect this sale to be a critical inflection point for a project that’s been so promising since its inception. Savvy investors will also monitor the trajectory of its native $LOCG token and development of its metaverse as the sale unfolds.

You can learn more about LegendsOfCrypto on their website