MAHE, SEYCHELLES, Oct. 22, 2022 (GLOBE NEWSWIRE) — Kristof Schöffling’s rapidly growing Software Intelligence Company Move Digital is betting big on blockchain technology to provide sustainable and egalitarian earning opportunities to internet users around the globe. In addition to this, Schöffling is backing a sustainable initiative in Monaco which has been working for the past seven years to maintain and nurture ocean life. Schöffling sees this as the first of several donations and initiatives which he plans to be involved with in Monaco. 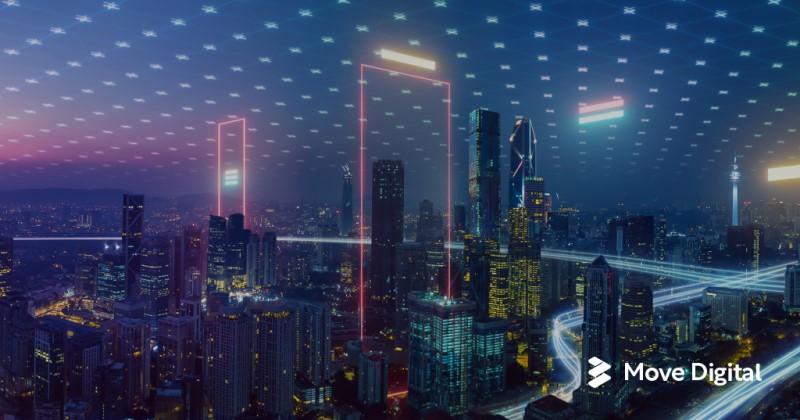 Schöffling is able to make such donations due to the vast success of his blockchain-focused company Move Digital. The permissionless nature of blockchain technology is allowing netizens worldwide to tap into not only financial services but earning opportunities which were previously restricted to them. Citizens even in the poorest regions of Africa and Asia can now tap into equal earning opportunities as a result of the vast development which has taken place in blockchain gaming in recent years. Kristof Schöffling has dedicated all of his 125-person workforce to further developing and expanding gaming infrastructure which serves this subsector of the global population.

Such infrastructure allows anyone with an internet connection to participate in blockchain games which allows them to compete for earnings on an equal basis with any other participant. Alongside this development, Move Digital is also building the tools necessary for modern-day entities to thrive in an increasingly digital environment.

The reality of post-COVID business is that not every transaction and arrangement can be guaranteed to be executed in person. Move Digital is building an infrastructure which allows entities worldwide to increasingly transition to a rapidly growing digital economy where they can not only secure earning opportunities but develop and build out sizable businesses.

While Move Digital is rapidly increasing opportunities in the digital space, it remains committed to doing so in a sustainable way. All of its software development efforts are executed in a way which minimizes the carbon footprint on the environment. From its energy sourcing to the third-parties it deals with, every element of Move Digital’s business model is built from the ground up with a sustainable focus.

Kristof Schöffling has personally taken this a step further by donating to initiatives which he believes are contributing to a more sustainable and biodiverse plant. Schöffling strongly backs The Animal Fund, a Monaco-based non-profit that focuses on the protection of a vast variety of ocean life. The Animal Fund has been helping protect the Ocean since 2015 and Schöffling’s donation to the fund represents this commitment to maintaining the richness and versatility of our current environment and organisms.

Founded by Monaco-based Berit Lagard, The Animal Fund has been extremely active in carrying out high-impact initiatives since its beginning in 2015. The hands-on operation has carried out large-scale waste management and educational programs worldwide which have not only educated the masses but have made a meaningful improvement to the health of our oceans.

Schöffling is committed to supporting the Monaco based Animal Fund long-term with both donations and personal assistance. He sees The Animal Fund as the first of many investments and donations which he intends to make in Monaco which he views as a hub for such activities and innovations. Monaco based enterprises and organizations have helped Schöffling minimize the carbon footprint of his own operations at Move Digital and he will continue to work with such enterprises as Move Digital scales and maintains activities which minimize their carbon footprint.