MOSCOW, June 4, 2020 /PRNewswire/ — The prospect of flying to Mars has never been closer. Konstantin Chaykin is certain that the conquest of Mars necessitates the thinking over of many different aspects in advance, including the development of a specialised mechanical watch that is reliable and capable of functioning autonomously both in space and on Mars. That’s why in 2017 this expert watchmaker and inventor launched his own Mars programme – “Mars Time”. 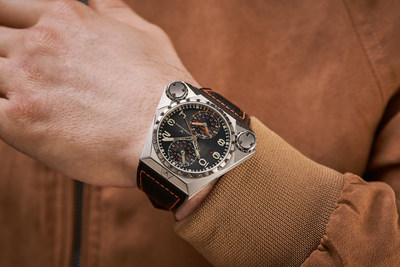 The new “Mars Conqueror Mk3 Fighter” watch points to the future – hence its futuristic design, seasoned with a clearly tangible militaristic touch. The terrestrial time is supplemented in this watch by the 24-hour time zone indicator hand, while the Konstantin Chaykin-invented “Martian” wheel movement provides the precise indication of Martian time.

A functional module entirely created in Russia by Konstantin Chaykin Manufactory. The complexities of the watch mechanics of the “Mars Conqueror Mk3 Fighter” are shown by the fact that the functional module is made up of 125 separate parts, each meticulously processed and finished by hand in full accordance with the traditions of haute horlogerie.

The “Mars Conqueror Mk3 Fighter” watch looks to the future, which is why one can find in its design the futuristic forms of the Martian space fleet as imagined and designed by Konstantin Chaykin. In the brutal yet at the same time ergonomic case of a dynamic, trapezoidal design, which is dominated by triangular edges, there is a bezel fixed to the case by 24 functional screws, resembling the mooring lock of a spacecraft docking system.

Watches of the first edition are made of titanium, traditionally perceived as an aircraft and space material, which is in the best way consistent with the purpose and functionality of the new watch. Only 8 pieces will be released. 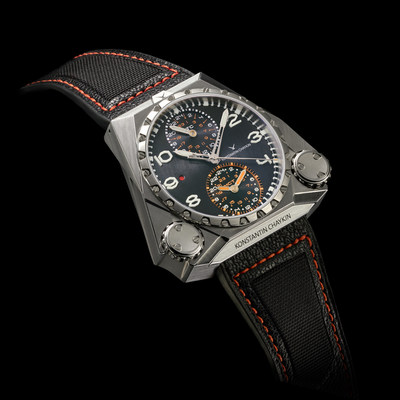 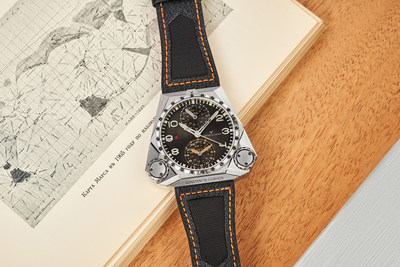