STANFORD, Calif., May 6, 2022 /PRNewswire/ — Knight-Hennessy Scholars (https://kh.stanford.edu/) at Stanford University announced its 2022 cohort of 70 new scholars, with students from 27 countries, who will pursue degrees in 35 graduate degree programs across all seven of Stanford’s graduate schools. Profiles of the 2022 Knight-Hennessy scholars are available here (https://http://kh.stanford.edu/scholars) and summary statistics are available here (PDF). 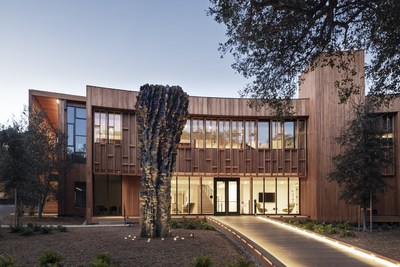 Knight-Hennessy Scholars cultivates and supports a multidisciplinary and multicultural community of graduate students from across Stanford University and delivers engaging experiences that prepare graduates to be visionary, courageous, and collaborative leaders who address complex challenges facing the world. Knight-Hennessy scholars participate in the King Global Leadership Program and receive up to three years of financial support to pursue a graduate degree program in any of Stanford’s seven graduate schools.

“While we face many challenges–including the pandemic, racial justice, climate change, and ongoing conflicts–the accomplishments, dedication, and promise of these new scholars gives me hope for a better future.” said John L. Hennessy, president emeritus and the Shriram Family Director of Knight-Hennessy Scholars.

Knight-Hennessy Scholars develops emerging leaders who have a strong multidisciplinary and multicultural perspective, a commitment to the greater good, and the tools needed to drive meaningful change. The King Global Leadership Program is a core part of the Knight-Hennessy Scholars experience and offers a wide range of workshops, lectures, projects, and experiences that complement scholars’ graduate school education and help them reach their leadership objectives.

Knight-Hennessy Scholars has no quotas or restrictions based on region, college or university, field of study, or career aspiration. Among new 2022 scholars, 50% identify as female and 46% hold a passport from a non-U.S. country. Sixty-three percent of U.S. scholars identify as a person of color, and 13% have served in the U.S. military. The scholars earned undergraduate degrees at 13 international and 29 U.S. institutions. Seventeen percent are the first in their family to attend college.

The inaugural cohort enrolled in 2018, and the fifth cohort brings the total scholar count to 339 to date. Scholars are selected based on their demonstration of independence of thought, purposeful leadership, and a civic mindset. “It is a joy to work with the scholars, who come from around the world and across the university, as they build a community that is dedicated to contributing to the greater good,” said Tina Seelig, Executive Director of Knight-Hennessy Scholars.

The application for the 2023 cohort of Knight-Hennessy Scholars will open in July and is due in October 2022. The program offers online information sessions to describe the community, leadership development program, and admission process.

Biofrontera Inc. to Report First Quarter Financial Results on May 13, 2022