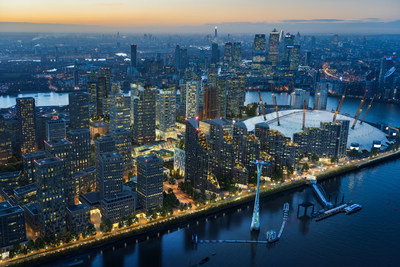 Knight Dragon has tokenised the economic interests in the 191-unit Building 4, Upper Riverside Development which is at the heart of the corporation’s ten million square foot iconic Greenwich Peninsula development (www.greenwichpeninsula.co.uk).

Speaking in Hong Kong, Sammy Lee, Founder and Vice Chairman, Knight Dragon, said today, “At a corporate level, Knight Dragon has just revolutionised the entire European property market and will now move to do so internationally. At an individual level, for a relatively modest investment, individuals can own a piece of Central London real estate profit. In the same way an asset can be securitised by dividing it into shares, tokenisation allows an asset to be divided into individual tokens. The tokens represent a specific share of an underlying asset. In this case, ownership of KDB4 Tokens will represent a fractionalised interest in a contractual right to share in the gross profit of Building 4. Building tokenisation is set to revolutionise the global property industry and we are pleased to be a leader in this revolution. Pioneering in property is central to Knight Dragon’s DNA. We are entrepreneurial, creative-spirited makers of places who bring new ideas and set new standards for urban living. Being the first company to tokenise an entire building in Central London fits exactly with our bold vision for the global property industry.” 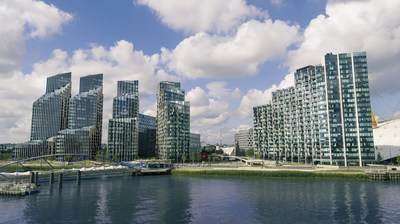 The asset-backed KDB4 Tokens were created under the supervision of Web3 technical consultant Atom 8 Limited (“Atom 8”) (www.atom8-tech.com), a  wholly owned subsidiary of Tykhe Capital Group Limited  (www.tykhecapital.com) in accordance with a legal and financial structure designed by global law firm Baker McKenzie (www.bakermckenzie.com) and Deloitte (www.deloitte.com) and will be regulated as securities.

Ken Lo, Director, Atom 8 said in Hong Kong today, “This tokenisation project represents investment democratisation, bridging opportunities that were traditionally out of reach for many investors, such as Central London property. The Knight Dragon Building 4 token, and the many which will follow, represent an exciting new asset class in the Web3 era. We are delighted to have played a role in this game-changer with Knight Dragon, from advising on web3 technology initiatives to providing custody solution to safeguard the tokens.”

Joy Lam, virtual asset specialist at Baker McKenzie who is advising Knight Dragon, said in Hong Kong today, “The Knight Dragon building tokenisation is a ground-breaking transaction that transforms a traditionally illiquid asset into an efficient and transparent investment product accessible to a broad base of investors. We are pleased to be advising on the structure and offer of these blockchain native digital tokens that represent a fractionalised interest in the economics of prime real estate in Central London. This innovative transaction clearly demonstrates how blockchain technology can be harnessed by future-oriented asset owners.”

Robert Lui, Hong Kong Digital Asset Leader at Deloitte, said today, “Real estate tokenisation could become a new key to unlock value from property which is one of the largest assets in today’s private market. It has the potential to become a primary new funding mechanism in addition to existing current capital market solutions.”

Knight Dragon’s token structure is backed by Building 4’s audited, actual cashflows. Investors also benefit from the simplicity and transparency of the token, which represents profits from a prime Central London real estate development. Holders of KDB4 Tokens are also automatically entitled to, and whitelisted for, future Knight Dragon developments in Greenwich Peninsula, having the first right to invest in, or purchase, future offerings from Knight Dragon.

“We are constantly looking for new ways to innovate, always challenging the status quo and staying true to Knight Dragon’s entrepreneurial and creative spirit,” said Richard Margree, CEO of Knight Dragon in London today. “The world is seeing a blockchain revolution and is preparing for the immense changes and benefits which will be driven by Web3. Knight Dragon will be one of just a few global real-estate developers bringing a new source of value to investors by offering fractionalised economic rights, in this case via fractionalised profit share, through tokenisation. Tokenisation also potentially solves real estate’s largest problem: asset liquidity. Traditionally, multiple parties are involved in legal transfer of property. Tokenisation eliminates the requirement for any third-party involvement, allowing ownership to be transferred directly from investor to investor.”

Greenwich Peninsula is fast becoming London’s most boldly modern landscape with 17,000 new homes, 13,000 new jobs and 48 acres of open public space emerging over the coming years. Here a community of thousands of pioneers live in new riverside homes, work in a cutting-edge Design District and enjoy the Tide, the neighbourhood’s elevated, riverside walkway and public art trail that celebrates art, design and wellbeing which is all wrapped by the river Thames. This is new London: a destination for modern urban living.

Knight Dragon is an entrepreneurial urban regenerator and property developer. It creates places, builds properties and invests in related projects that bring new ideas and set new standards for urban living. The team uses creativity and collaboration to innovate. Backed by Dr Henry Cheng, Chairman of Chow Tai Fook Enterprises Ltd, and led by entrepreneur Sammy Lee, Knight Dragon has a solid foundation and a global outlook. Its flagship project is Greenwich Peninsula in London, one of the largest regeneration projects in Europe, where the team is delivering a new district that encapsulates Knight Dragon’s approach and expertise in creative placemaking

This press release is intended for information purposes only. This press release and the information contained herein do not and do not intend to constitute an offer or an invitation of an offer to any person in any jurisdiction to purchase, acquire, participate or subscribe for any token or security, nor should it or any part of it form the basis of, or be relied upon in any connection with, any contract or commitment whatsoever. The information in this press release is qualified in its entirety by, and is subject to, the more detailed information set out in the offering documents of the tokens. 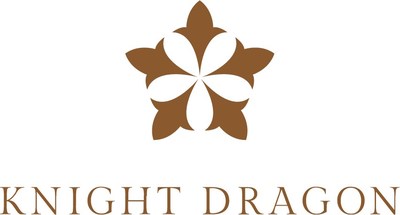