The new season will be Astana Opera’s 10th Anniversary. The largest opera house in Central Asia was launched in 2013 and occupies a leading position in Eurasia. The grand season opening is scheduled for September 9th. Astana Opera’s principal conductor Alan Buribayev will conduct a Gala Opera featuring world stars.

NUR-SULTAN, Kazakhstan, April 26, 2022 /PRNewswire/ — “Our tenth anniversary season will start with Gala Opera featuring Korean singer, Grammy winner Sumi Jo, and a few important premieres. We are preparing a contemporary production of Prokofiev’s Cinderella, staged by German choreographer Raimondo Rebeck. A premiere of Balnur Kydyrbek’s Kazakh opera Qalqaman and Mamyr is expected. Jiří Kylián’s ballet Sechs Tänze, recently added to the repertoire, will be featured. All of the productions are presented at a high level and sought-after in Kazakhstan,” Galym Akhmedyarov, Astana Opera’s general director, said. 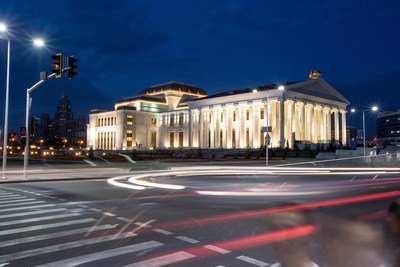 Each event represents a separate bright page in the opera house’s annals. One of them is a large-scale World Tour in five countries: the USA, Canada, France, Belgium, the Netherlands. The company has repeatedly performed on tour in Italy, Spain, China, Oman and other countries. Many people remember Astana Opera’s performances at the EXPO-2017 that took place in Kazakhstan. Within its framework, the 25th Placido Domingo’s Operalia, The World Opera Competition was held at Astana Opera. The audience was impressed by the Kazakhstani premiere of Mahler’s Symphony No. 8 performed by 1,200 musicians. Mezzo TV broadcast the recording of this concert this year. Teatro alla Scala, Teatro di San Carlo, Teatro Carlo Felice, Paris Opera Ballet and many others toured at Astana Opera.

The opera house is actively working in various areas: the Astana Opera International Opera Academy, which trains singers not only for Kazakh opera houses, but also for foreign countries, has been established. Astana Opera operates a children’s studio with choir, ballet and theatrical crafts departments. The Piccolo Theatre project with opera buffa performances was launched a few years ago at the Chamber Hall. The ballet company’s artistic director Altynai Asylmuratova added ballets such as Petit’s Notre Dame de Paris, MacMillan’s Manon and others to the repertoire. Principal dancers like Bakhiyar Adamzhan perform at top international venues.

Astana Opera is one of the global projects that is associated with the new capital and reflects the colossal positive changes that have taken place over the years in Kazakhstan. 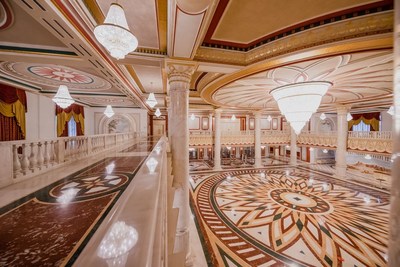