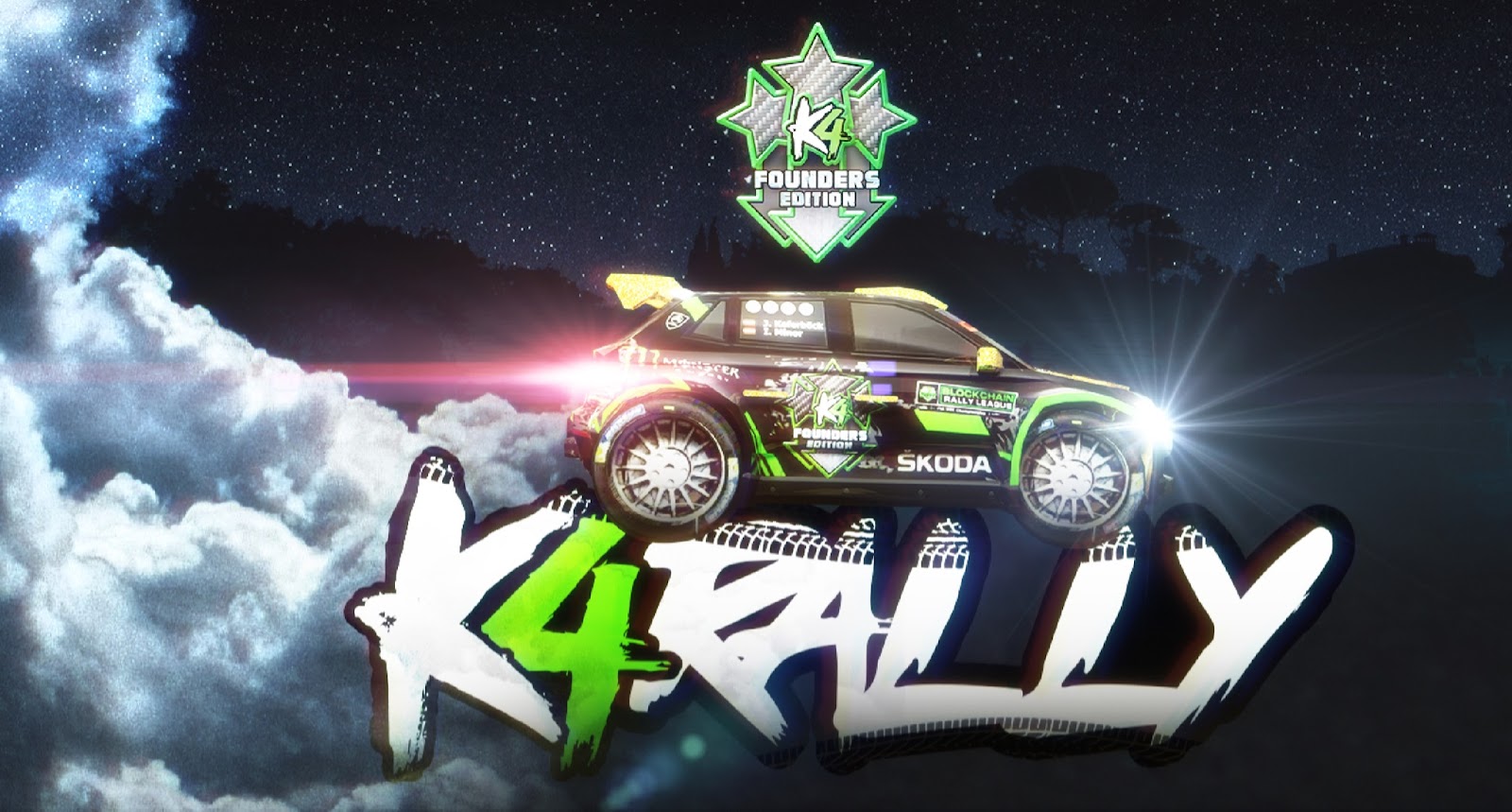 Dubai, UAE, Sept. 12, 2022 (GLOBE NEWSWIRE) —  K4 Rally, the first cross-chain NFT rally game announces the Founders Edition NFT Drop — Starting today, users of both the Ethereum and Polygon chains now have the chance to own one among the rare cars by participating in the mint.

It is the first official mint of the game and it is the design of the race car with which the K4 Rally Racing Team participates in real racing.

Six rarity classes of the Founder’s edition will be released, each with increasing benefits including more car part slots, lifetime tournament award boosts, and much more.

The edition launching its public sale on September 12th will go out as a special gift to the K4 Rally community. The special edition is a win-win because only nine hundred and ninety-nine AND one cars will be minted. Users will have the opportunity to own one car that will boost their daily earnings and prizes in the game. The cars are extraordinarily rare and possess collector’s value which is another feather in their cap. The highest spot of the entire edition collection is that with each car, users can accelerate their income as well as their profits on K4 Rally.

Even if the users don’t drive it themselves, they have the chance to take 200 USD (in ETH or MATIC) and get themselves a Mystery Box. The Limited edition 999+1 NFT car will be active on Ethereum (666 cars) and Polygon (333 cars). There is also a grand chance to get the single Super car touted as ‘One-Of-A-Kind’ NFT from the K4 Rally Founders Edition. The chain will be first drawn followed by the selection of the lucky winner. This car is only available once in the world.

The mystery drop provides all users the same chance to get cars from the 6 rarity classes available. The unveiling happens on 18. September.

About K4 Rally
K4 Rally is regarded as the first blockchain-focused rally game that offers gameplay, Play2Earn game mechanics, and NFT gaming. Users can buy their rally cars, sell them, upgrade them and also apply in-game assets by participating in daily tournaments to win K4R tokens. K4R is their native currency that powers the entire ecosystem and helps gamers purchase assets and pay for actions in the game, get racing rewards and claim their wins.
To learn more about K4 Rally, visit:
Website | Telegram | Twitter | Discord | Instagram