LONDON, Oct. 25, 2019 /PRNewswire/ — Johnnie Walker Master Blender, Dr Jim Beveridge, was awarded an OBE by Her Majesty The Queen today for his outstanding service to the Scotch whisky industry. 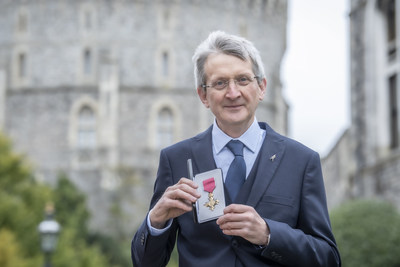 Recognising a remarkable career spanning almost four decades with the world’s leading distilling company Diageo, Dr Beveridge was presented with his OBE medal by Her Majesty during an investiture ceremony at Windsor Castle.

During his career Dr Beveridge has established himself as one of the most highly respected figures in the industry, renowned for his skill and dedication to quality, as well as his considered and unassuming manner.

The accolade comes as Johnnie Walker, the world’s most popular Scotch whisky, prepares to celebrate its 200th anniversary in 2020. Dr Beveridge is only the sixth person in two centuries of the company’s history to have held the position of Master Blender, the first being founder John Walker himself.

As part of the celebrations to mark his 40th year with Johnnie Walker, Dr Beveridge has been asked to work with his team on a unique 40 year old whisky using some of the rarest Scotch in the Johnnie Walker reserves.

Based at Diageo’s blending rooms in Menstrie, Clackmannanshire, Dr Beveridge leads a team of 12 blenders responsible for the quality and consistency of all the company’s Scotch whisky brands. He also works closely with distillers, coopers, coppersmiths and all the craftspeople involved in producing the finest Scotch whisky.

He has been the recipient of several industry accolades, including being inducted into the World Whisky Hall of Fame in 2015, and in 2016 he was named Master Blender of the Year by the International Whisky Competition for the second consecutive year, a first in the history of the competition.

Commenting on the receiving the award Dr Beveridge dedicated it to his colleagues across the Scotch whisky industry. He said: “It was a wonderful experience to receive this award from Her Majesty the Queen and it is an honour that I am delighted to receive on behalf of all the people I have worked with in Scotch whisky over the past four decades.

“Scotch truly is a team effort at every step from grain to glass and it is a privilege to work in such a special industry. I dedicate this award to all the women and men in our distilleries, coppersmiths, cooperage, warehouses and bottling halls across Scotland who are all responsible for making Johnnie Walker.”

Congratulating Dr Beveridge on receiving his award, Diageo Chief Executive Ivan Menezes, said: “This is a very special day for Jim and his family and I am delighted to congratulate them on behalf of everyone at Diageo.

“Jim is renowned in the Scotch industry for his dedication to the craft of whisky-making and for the incredible whiskies he creates for Johnnie Walker, but he is also known as an exceptional colleague and friend to the people he works with. This is worthy recognition of an extraordinary career spanning four decades.”

Johnnie Walker Global Brand Director John Williams added his tribute: “Everyone in the Johnnie Walker family is delighted to see Jim receive this recognition for the remarkable contribution he’s made to Johnnie Walker and to Scotch whisky.

“Jim has not just been the guardian of almost two centuries of Johnnie Walker heritage, he has also been a restless pioneer, always learning and always seeking new frontiers of flavour in Scotch whisky.”

Johnnie Walker is the number one selling Scotch whisky in the world with an average of seven bottles being exported from Scotland every second, making it the country’s leading export product. The brand uses the best Scotch whiskies from Diageo’s unrivalled inventory of 28 malt distilleries and more than 10 million casks maturing in Scotland.

Johnnie Walker is at the heart of a £150 million investment programme in Scotch whisky tourism by Diageo, including creating a global flagship visitor attraction in Edinburgh and transforming the company’s 12 distillery visitor experiences around Scotland. 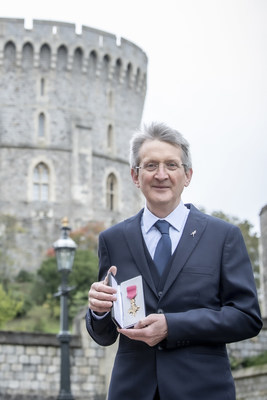