JERUSALEM, Jan. 19, 2022 /PRNewswire/ — Today, The Genesis Prize Foundation announced Dr. Albert Bourla, Chairman and CEO of Pfizer, as the 2022 Genesis Prize Laureate. Dr. Bourla received the largest number of votes in a recently concluded global campaign, during which 200,000 people in 71 countries voted online. The choice of the voters was unanimously endorsed by the nine judges on the Genesis Prize Selection Committee. 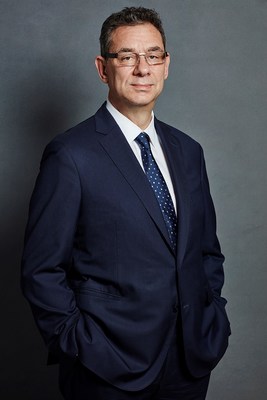 The Committee commended Dr. Bourla for his leadership, determination, and especially for his willingness to assume great risks. Unlike CEOs of most other major companies working on developing COVID-19 vaccines, Dr. Bourla declined billions of dollars in US federal subsidies in order to avoid government bureaucracy and expedite development and production of the vaccine. As a result, Pfizer’s COVID-19 vaccine was ready in record time: months instead of years.

The annual $1 million Genesis Prize, dubbed the “Jewish Nobel” by TIME Magazine, honors extraordinary individuals for their outstanding professional achievement, contribution to humanity, and commitment to Jewish values. Dr. Bourla becomes the ninth Genesis Prize Laureate. He follows filmmaker and philanthropist Steven Spielberg, who was awarded the Genesis Prize in 2021, and the legendary human rights activist Natan Sharansky, the 2020 Laureate.

The President of Israel Isaac Herzog will present the Genesis Prize to Dr. Bourla at a ceremony in Jerusalem planned for June 29.

In line with the tradition established by the inaugural Laureate Michael Bloomberg, all Genesis Prize honorees have chosen to forgo the monetary award to philanthropic causes.  Dr. Bourla has asked The Genesis Prize Foundation to direct his $1 million prize award to projects aimed at preserving the memory of the victims of the Holocaust, with a particular emphasis on the tragedy suffered by the Greek Jewish community.

Born in Thessaloniki, Greece, Dr. Bourla was raised in a family that knew the horrors of the Holocaust first-hand. His parents were among only 2,000 survivors out of a once-thriving, ancient Jewish community of 50,000, almost completely wiped out by the Nazis.

“I am delighted to welcome Dr. Albert Bourla to the distinguished family of Genesis Prize Laureates,” said Co-Founder and Chairman of The Genesis Prize Foundation Stan Polovets. “Dr. Bourla personifies two of the most fundamental Jewish values: the commitment to the sanctity of life and to repairing the world.  And while the pandemic is far from over, millions of people are alive and healthy because of what Dr. Bourla and his team at Pfizer have accomplished.”

Dr. Albert Bourla said: “I did not set out to live a public life, and I never could have imagined that I might one day receive the profound honor of the Genesis Prize and stand alongside my extraordinary fellow nominees. I accept it humbly and on behalf of all my Pfizer colleagues who answered the urgent call of history these past two years and together bent the arc of our common destiny. I was brought up in a Jewish family who believed that each of us is only as strong as the bonds of our community; and that we are all called upon by God to repair the world. I look forward to being in Jerusalem to accept this honor in person, which symbolizes the triumph of science and a great hope for our future.”

In announcing the selection of Dr. Bourla, The Genesis Prize Foundation noted the wide-ranging contribution of numerous Jewish scientists, doctors, and healthcare officials in helping to save lives during the COVID-19 pandemic. The Foundation specifically highlighted the contributions of the following individuals:

Genesis Prize Chairman Stan Polovets said: “This is a very proud moment, not just for Dr. Bourla, but for the entire Jewish community. A people so small in number are having such an outsized impact on this global effort to save lives.”

Polovets added: “Dr. Bourla is a bright star in the constellation of outstanding Jewish scientists and doctors at the forefront of fighting the pandemic. We hope that these extraordinary individuals, and their colleagues, join us in Jerusalem to further unite in our common resolve to save lives and honor our heritage.”

The Genesis Prize is a global award that celebrates Jewish achievement and contribution to humanity. Launched in 2013, the Prize is financed through a permanent endowment of $100 million established by The Genesis Prize Foundation.

All previous Laureates have re-gifted their monetary awards to philanthropic causes about which they are passionate. Since inception, The Genesis Prize has leveraged the annual $1 million award into philanthropic initiatives totaling $45 million, with grants going to 197 nonprofit programs in 31 countries, directly impacting the lives of tens of thousands of people.