“So grateful that Colores is bringing color to the whole world. At the end of the day I’m an entertainer and I am happy that I can bring joy and positive vibras to everyone during this time.” – J BALVIN

Directly from his home in Medellin (Colombia), the #1 Global Latin Artist connects with Media, Artists, Friends and Fans in over 30 Countries for a Colorful Celebration of Diversity and Culture!

–  COLORES and its Singles receive 6 Multi-Platinum, 11 Platinum and 15 Gold Certifications from across 15 Countries

“J Balvin stepped into the future, both musically and visually” – Billboard

“the burst of joy and light you need” – NPR

“For ‘Colores,’ the Colombian reggaetonero stays true to his sound and style, both creatively and with spirit” – Remezcla

“‘Colores’ is a sophisticated show of Balvin’s sonic palette” – RollingStone

“J Balvin’s iridescent concept album ‘Colores’ is anything but dull. The global phenomenon keeps a blend of vibrant dance tracks and steady love tunes with just a handful of players like the Diplo-produced “Rosa,” Mr. Eazi on “Arcoiris” and Sky on “Verde”” – Vibe

“Balvin is in the business of crafting a lasting aesthetic”- Pitchfork

MIAMI, March 31, 2020 /PRNewswire/ —  J BALVIN wraps a groundbreaking first week of ‘Colores’ with and unprecedented GLOBAL release campaign. The 4th studio album of the reggaeton powerhouse produced over 1 Billion combined global streams across all platforms in its first week of release and debuted at #1 on Apple Music/iTunes in 14 countries; while also placing ALL SONGS from the album on Spotify’s Global Chart. 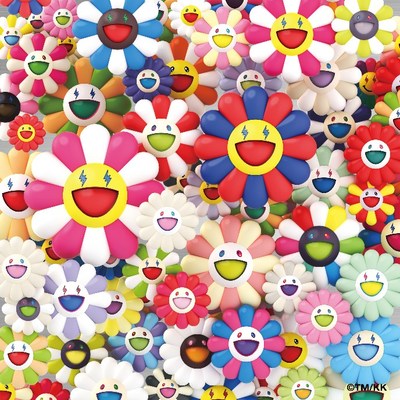 Amidst the COVID-19 crisis and while at home in Medellin, J BALVIN took to social media on a mission to entertain the world with his new album and speaking with over 70 media outlets, artists, public figures, partners and fans; a first of its kind during these unprecedented times. Balvin’s pioneering global approach connected audiences and media from over 30 countries including Hong Kong, Australia, France, Colombia and the United States (to name a few…) as well as public figures including Cardi B, Marcelo (Real Madrid) and Will I Am surpassing an audience reach of over 1 billion people.

In additional career achievements, ‘Colores’ receives 6 Multi-Platinum, 11 Platinum and 15 Gold certifications from 15 countries including Colombia, United States & Mexico and J BALVIN crossed 25 Billion Total Career Streams further cementing his position as one of the most popular artists of all genres around the globe.

J BALVIN also made history becoming the Latin Urban artist with the most #1 singles on Billboard’s Latin Airplay Chart after “Blanco” took the #1 spot on the chart dated March 20th 2020. This title along with “Morado” have earned the top spot of the airplay charts in 10 countries and counting.

‘Colores’ was creative-directed by Takashi Murakami who created ten brand new flower characters one for each song and color on the album. While he has been long heralded as a commercial force, the album underscores the ways in which Balvin is permeating all facets of culture — from music to art and style — without compromising his unique identity.

The album includes Colin Tilley-directed visuals for “Rojo,” “Morado,” his #1 hit single “Blanco” and “Amarillo” which premiered on the day of release of ‘COLORES’ and skyrocketed to #1 on YouTube’s Global Trends with an impressive 35 Million Views in its first week since its premiere.

Watch “Amarillo” and listen to ‘Colores‘ , see album details below, and stay tuned for more from J Balvin coming soon.