Invest in Nodes with the Nodac Ecosystem

CAPE CORAL, FLORIDA, Feb. 14, 2022 (GLOBE NEWSWIRE) — The Blockchain is a complete history of all transactions, and therefore a ledger of who owns what and how much of a particular cryptocurrency. What makes blockchain so valuable as we move into the future of finance is that it is decentralized— It does not exist in one place, but is spread across a network of validators, and no one can edit the history of transactions.

WHAT IS A NODE?

A node, in the world of digital currency, is a computer that connects to a cryptocurrency network. The node or computer supports the network. It supports it through validation and relaying transactions. At the same time, it also gets a copy of the full blockchain.

Nodes form the infrastructure of a blockchain. All nodes on a blockchain are connected and they constantly exchange the latest blockchain data with each other, so all nodes stay up to date. They store, spread, and preserve the blockchain data, so theoretically a blockchain exists on nodes. 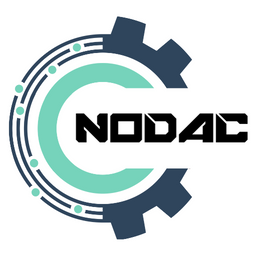 WHY ARE NODES IMPORTANT?

A blockchain is a distributed database that is shared among the nodes of a computer network. As a database, a blockchain stores information electronically in digital format. Nodes serve to constantly update the ledger— they will keep the copies of consensus (a consensus algorithm is a procedure through which all the peers of the blockchain network reach a common agreement about the present state of the distributed ledger) to prove transaction history and provide bandwidth for future projects to be built onto the existing blockchain.

NODAC is abbreviated for Node Aggregator Capital, conceptualized with the rise of Node Projects like $STRONG and $THOR in the existing Decentralized Finance space offering sustainable yields through purchasable nodes. With introductions of the Yield Farms and Staking pools, people are on the lookout for more streams of passive income through cryptocurrency. Purchasable nodes are becoming more and more popular, users are looking for a way to get started and take part to get daily dividends off the systems that the projects offering purchasable nodes present.

Node Aggregator Capital aims to bring Decentralized Finance users close to this goal through a Node-as-a-Service Protocol (NaaS). Node management requires micromanagement that not a lot of people afford given their restricted schedules.

HOW DOES IT WORK?

$NODAC, is an ERC-20 native token that is used as a transactional currency in the NODAC ecosystem.

Each $NODAC token represents a share of profit from the yield produced by the Node Projects through the Node Treasury which is fed through the taxes imposed on each transaction. Within the first weeks of the project, the team is focused on compounding the daily yields to acquire more nodes as fast as possible to maximize the yield acquired daily.

Just two days after launching on the Avalanche (AVAX) network, 13 $MILK Nodes and 10 Redlight Nodes have been acquired by the team. With 1 $MILK node and 1 $PLAYMATE node distributing daily rewards worth around $80 and $25 respectively, the Node Treasury receives over $1,290 in node rewards alone.

On the Ethereum network, 20 $STRONG nodes are owned by the Node Treasury. This currently yields around 2 $STRONG tokens, which is equivalent to approximately $700 of rewards.

The team themselves has stated that to reach the end of their initial phase, which is acquiring 100 $STRONG nodes in the Ethereum Network, it would take them realistically 2 to 3 months with an assumption that the volume of transactions will gradually pick up its phase as they steadily acquire nodes from rewards alone.

To achieve this goal and to build the Node Treasury, the rewards received will initially be compounded to buy more nodes. This will, in turn, increase the daily reward amounts on both networks, which will equate to more dividends for holders once there is allocation towards redistribution.

Additionally, the NODAC team is eyeing the Fantom (FTM) chain for their next launch, to capitalize on the popularity of node projects on the network as well. This would not only garner more yields and holders but increase overall volume which would contribute to the Node Treasury. 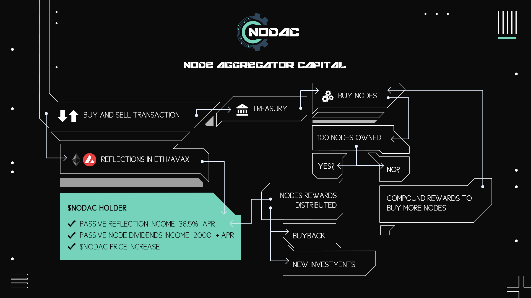 The next step is to grow organically and market to cryptocurrency-centric communities, traditional finance investors, and the general public through various news outlets and articles, as well as educational content and YouTube videos. All of this will happen while the node treasury is grown and cultivated to build a steady income that will initially be reinvested into more nodes and will later be distributed amongst holders.

To expand and grow the project sustainably and reliably, the team has been particular about partnering up with whom they deem worth working with. This includes top-level influencers, promoters, active crypto social media influencers, and educational content creators.

As a part of capitalizing on the recent boom in popularity of nodes, the NODAC team is looking to release educational content that informs people of both the functions and technicalities of Node-as-a-Service (NaaS) projects and node-centric projects as well.

To maximize the reach of this content, it will be released on various news outlets, blog and documentation sites, and social media platforms as well. This ensures that NODAC is not only accessible and visible to those who are active in trading cryptocurrency but those who are looking for an entry into the DeFi space as a whole.