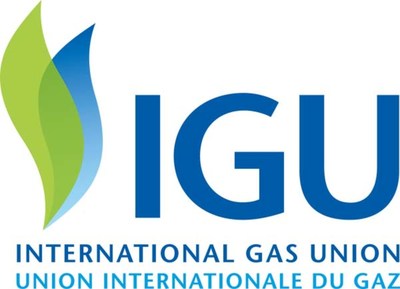 In this year’s Stated Policies Scenario, the share of natural gas in global primary energy demand grows to about 25% by 2040, and in the Sustainable Development Scenario, gas also retains a critical role by supplying a projected one fifth of the world’s primary energy in 2050.

WEO states that “Over the next two decades, global demand for natural gas grows more than four-times faster than demand for oil in the Stated Policies Scenario. Natural gas sees broad-based growth across the energy economy, in contrast to oil where growth is concentrated in parts of the transport sector (trucks, shipping and aviation) and petrochemicals.

These growth projections emphasize the continued importance of natural gas as a vital part of the global energy mix both now and in future. China is a strong case in point: natural gas consumption there increased by 33% in just two years (2017-18), and is expected to continue to grow in the coming years, in line with the important role of natural gas in improving air quality and helping reduce carbon emissions.

Professor Joo-Myung Kang, President of the IGU, commented: “This year’s WEO continues to place natural gas at the heart of a sustainable energy future. In doing so, the WEO also focuses on an examination of the oil and gas linkage as it relates to the extent of global associated gas production and use. The findings of the WEO reinforce the themes outlined in this year’s Global Gas Report, namely that cost competitiveness, sustainability, and security of supply will play critical roles in ensuring that natural gas realizes its full potential in the rapidly evolving global energy markets”. (https://www.igu.org/publication/302419)

The Outlook also looks in depth at the role of gas in Africa stating that: “Natural gas is facing a potential turning point in Africa. Outside North Africa, natural gas has not so far played a major role in energy development – at 5%, the share of gas in the energy mix in sub-Saharan Africa is one of the lowest in the world. The future looks likely to be different: recent discoveries across the continent could fit well with Africa’s push for industrial growth and its need for reliable electricity supply. Developing gas infrastructure however will be a major challenge given generally small market sizes and concerns about affordability.”

The report further explores the role of natural gas infrastructure in the transition to a low emissions future, including whether existing systems can be leveraged to an emerging hydrogen economy. It highlights the importance of natural gas grids to energy security, and states that “(g)as grids provide a crucial mechanism to bring energy to consumers, typically delivering more energy than electricity networks and providing a valuable source of flexibility.”

Further findings and projections relating to the natural gas market in the WEO include:

About the International Gas Union (IGU)

The International Gas Union (IGU) was founded in 1931 and is a worldwide non-profit organisation aimed at promoting the political, technical and economic progress of the gas industry. The Union has more than 150 members worldwide on all continents, representing over 95% of the world gas market. The members of the IGU are national associations and corporations within the gas industry worldwide. The IGU organises the World Gas Conference (WGC) every three years, with the forthcoming WGC taking place in Daegu, Korea, in June 2021. The IGU’s working organisation covers all aspects of the gas industry from exploration and production, storage, LNG, distribution and natural gas utilisation in all market segments. www.igu.org