MUMBAI, India, Nov. 4, 2022 /PRNewswire/ — Hennessy India and Rolling Stone have combined forces to present India’s most inclusive hip-hop concert this month: Freestyle. After establishing themselves as the epicenter of conversation in hip-hop with a viral podcast earlier this year, Hennessy and Rolling Stone take to the stage as enablers of diversity and democracy in hip-hop with a multi-artist concert that was held on October 28th in Mumbai. 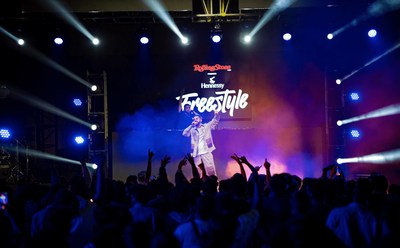 Freestyle brought together 40+ performers for over 12 acts, with a stellar line-up that featured heavyweights Dino James, IKKA, Fotty Seven, Dee MC, Rashmeet, Gully Gang and Shia OG. Hip-hop lovers got the opportunity to experience an immersive show with an incredible line-up.

As champions of the genre, Rolling Stone India and Hennessy have for long been riding up alongside the journey that hip-hop has had in India. Rolling Stone India has been at the forefront of the hip-hop revolution, shining a light on the torchbearers, sharpshooters and diverse voices of the movement since it began gaining steam nearly a decade ago.

Globally, Hennessy has been inseparable from hip-hop culture and become a mainstay for rappers, brandished through lyrics and music videos. Hennessy was more than just a mere prop, however, becoming a brand that shaped artists and trajectories and a powerful force which elevated hip-hop around the world. Hennessy has had a long-standing tradition of collaborating with rap icons such as Nas, Tupac, Mobb Deep and Busta Rhymes. Today, Hennessy India supports their new partnership with rap prodigies through Hennessy Freestyle.

Smriti Sekhsaria, Marketing Director at Moët Hennessy India, says, “For decades now, there has been a distinct connection between cognac and Hip Hop music. As a brand, Hennessy continues to celebrate those who break boundaries and boldly push the limits of their own potential in the space of Hip Hop. It is exciting to carry forward that direction in India with a versatile and diverse line up with artists such as Dino James, Ikka, Gully Gang, DeeMC, Fotty Seven, Rashmeet Kaur and Shia OG. With Hennessy Freestyle in association with Rolling Stones, we are building enduring partnerships with culture shapers and are continuing to create a distinct identity for ourselves in the realm of music.”

Nirmika Singh, Executive Editor, Rolling Stone India, says, “We are proud to partner with Hennessy to present this spectacular show which will not only spotlight India’s most inspiring hip-hop artists but also celebrate the hustle, hard work and hope of a generation of lovers of the genre. This concert goes beyond music and performance to cultivate and nurture a community of artists, enablers and patrons. Hip-hop, after all, is a way of life.”

At Freestyle, some of the biggest hip-hop records of the year came to life on stage, including Dino James’ album ‘D’, Ikka’s soul-bearing masterpiece ‘Nishu’ and more. The day-long celebration brought together artists across labels and backgrounds, including Fotty Seven, Dee MC, Rashmeet, Gully Gang artists and rising firepower rapper Shia OG.

Hosted at the Jio World Convention Center, BKC, Mumbai, Hennessy Freestyle is going into the history books of desi hip-hop, it saw a massive audience turnout of over 1300 people, building up from editions in different cities, audiences were treated to star-studded performances and a show of power from the best in the business for a never-before-seen, unique lineup. 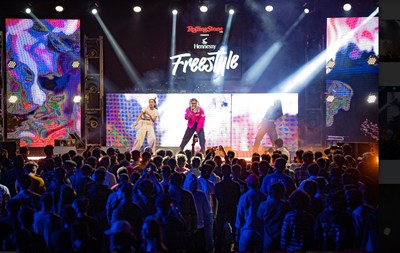