In Saudi Arabia: an international competition that showcases the cultures of peoples in the way of the call to prayer … with $3.2 million in prizes

RIYADH, Saudi Arabia, April 14, 2022 /PRNewswire/ — Saudi Arabia is witnessing an exceptional international competition, targeting talented people with beautiful voices without the accompaniment of musical instruments. More than 40,000 people from 80 countries took part in the competition, using different methods in using their voices in reciting the Holy Quran (the holy book in Islam) or delivering the Islamic call to prayer (Adhan), after the entertainment authority in Saudi Arabia launched this competition under the name Scent of speech (Otr Elkalam). 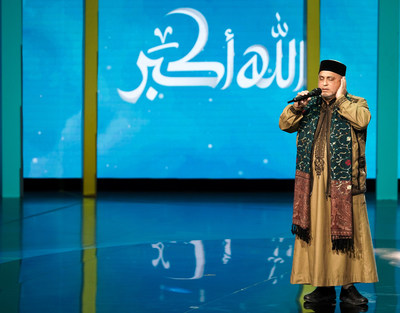 Reflecting the famous saying: “If you want to learn about people’s ethics, listen to their music,” the competition shows the cultural diversity of peoples through the diversity of performances in the call to prayer (adhan), providing another way to explore peoples’ cultures.

The entertainment authority in Saudi Arabia has allocated the largest financial prize in the history of talent competitions of this kind in the world, especially competitions of a religious nature, with a value of $3.2 million.

The competition combines good performance and the laws of melody, targeting the beauty of voice without the accompaniment of musical instruments. The competition is divided into two categories, the first of which is reciting the Holy Quran with a variety of vocal patterns, and the second is the Islamic call to prayer (Adhan).

More than 40,000 contestants from 80 countries participated in this rare competition, which is broadcast on official state TV during Ramadan. After several stages, 36 candidates reached the finals from Britain, Canada, Saudi Arabia, Iraq, Egypt, Algeria, Iran, Malaysia, Indonesia and Turkey. At this stage, the competition is limited to the finalists, who include 18 contestants in the recitation of the Holy Quran category and 18 contestants in the call to prayer category.

The finalists are currently competing in the qualifiers in the Scent of Speech (Otr Elkalam) TV show, during which their performance is evaluated by a panel of 13 international judges, who will announce the final winners and their prizes.