MUMBAI, Aug. 26, 2019 /PRNewswire/ — The Indian music industry is undergoing a sea of changes with the focus shifting from Bollywood sound-track driven music to non-film, artist-driven music fuelled with a consumer demand and pushed by the digital revolution. Vinit Thakkar, Senior Vice President of Universal Music, talks about the 18-month long journey of VYRL Originals, which is an initiative by Universal Music to build a category and culture of non-film music in India. VYRL Originals has released 25 original tracks and signed up with 17 exclusive artistes to create music for an audience that is seeking good original content. Their roster of artistes includes Arjun Kanungo, Asim Azar, Akull, Ikka, Lisa Mishra, Sukriti and Prakriti Kakar amongst others. 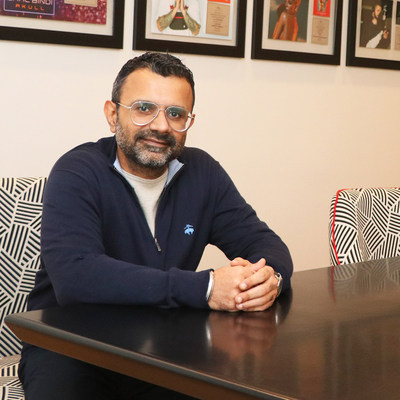 Backed by a highly creative and entrepreneurial streak, Thakkar has a diverse set of experience that covers artist & repertoire, digital strategy, music publishing, licensing and music festivals know-how. This comes in handy, as he provides strategic direction to the group and reach their goals in the fast-paced, constantly evolving music and entertainment industry. Wearing multiple hats while spearheading the change, Thakkar talks about what keeps him going. “The creativity and ability to think out-of-the-box and accept new challenges is what inspires me the most. We are possibly the only country in the world where the music business is a soundtrack driven business as compared to an artist-centric business. It brings me great joy to be instrumental in building an artist-first music label. Empowering the artists and building the category and culture of non-film music in India is my biggest source of motivation.”

Talking about the evolution in the music industry, Thakkar says, “The advent of affordable smartphones, access to high-speed data and availability of music streaming applications has given music a fresh lease of life especially for non-film music. Consumers don’t necessarily want to consume only remakes of old songs, there is a big demand for good quality original content albeit outside of the Bollywood films.”

For long, music in India was simply synonymous with Bollywood songs but over the few years, the Hindi film industry has barely been generating around 100 hit songs every year creating ample space for non-film to flourish. Assessing these gaps in the music industry, VYRL Originals sought to create a full-fledged ecosystem and open more avenues for non-film music. “We are involved in the journey of the artiste, right from the beginning by offering basic infrastructure support like studio and in-house performance arena. Artistes, today, are singers-songwriters and not just playback singers and they are an integral part of the videos, marketing, communication and promotional activities,” he says.

Thakkar further adds, “VYRL involves artistes in every stage of their musical journey putting them right at the centre, unlike other music companies whose core focus is around acquiring soundtracks and film productions.”

The VYRL Top 20, a playlist brand which is available on all audio platforms and a non-film music countdown weekly radio show are the newest initiatives by VYRL which are aimed at growing the overall non-film music category.

VYRL Originals is EMI Music India’s latest music property created to promote independent non-film music. This unique property is once again led by noted film director Mohit Suri – known for his excellent taste in music. Mohit will be curating every aspect of each track that is being produced. Right from the composers, lyricists to the singers, each of them has been carefully worked on and handpicked by the director himself. The sound will be in line with contemporary Bollywood music with great production values, albeit without the canvass of a film. The tracks under VYRL Originals will be launched simultaneously across every streaming service – in India as well as Globally – and will sit amongst today’s popular Bollywood songs giving the music lover a seamless listening experience.