Elvis Presley Died on August 16th, 1977… But wondrously and without explanation from the recording of THE END by John Krondes and the Jordanaires, the Memphis Sound rocks on and transcends generations

LOS ANGELES and NEW YORK, July 22, 2019 /PRNewswire/ — Elvis Presley’s body died on August 16, 1977 but his spirit and will to keep the music alive is racing forward. From the recording of “The End” in Las Vegas by John Krondes and the Jordanaires circa 1999 came an instant super-spiritual tie, connection, and bond between Elvis, John Krondes and the unmistakable Memphis Style Rock ‘n Roll. John’s dad, Jimmy Krondes and Sid Jacobson penned “The End” and topped the charts worldwide in 1959 with the first recording by Earl Grant. Spookily, Elvis chose “The End” to serenade Priscilla Beaulieu with on the piano in Germany on the very night they met. Elvis, with his friends singing harmony sang “The End” (At The End Of A Rainbow). Fatefully, one of those friends was Joe Esposito (Presley’s Best Man and Road Manager) who, full circle, years later connects with singer John Krondes to become the Godfather and leader of the historical music project which has attracted the whole of the Elvis Presley Hit Making Team. Sadly, Joe Esposito died on November 23, 2016.  John Krondes and the Jordanaires, along with the ever-growing conglomerate of Presley musicians and singers, began gaining radio play and the support of the media around the world. 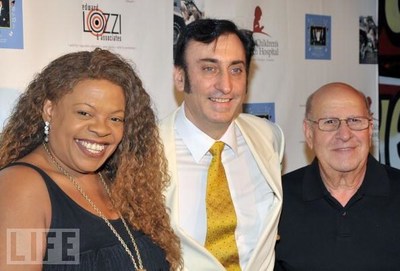 Following the release of The End A New Beginning, in 2014, Memphis Music Producers John Hampton and Jack Holder began recording new material with Krondes at Ardent Studio in Memphis. Soon after Grammy Winning Producer Hampton and Holder started putting the band back together again and connecting John Krondes with more Elvis Presley musicians, both of them died from complications of cancer. The new torch lit by John Hampton and Jack Holder passed to Nashville and drew Elvis Keyboard players Shane Keister, David Briggs, Bobby Ogdin, Bass Player Norbert Putnam and others back to the studio with Krondes. As the unstoppable Memphis Music freight train forges ahead, more of Elvis’ players have returned to make new music. Krondes and the Presley entourage have been furiously recording a flurry of new songs and are working tirelessly to complete a list of 15 tracks, which are nearing completion in 2019. As Rock ‘n Roll Heaven has called in more music legends such as Reggie Young (2019), Bobby Emmons, Gordon Stoker, Myrna Smith, and others, the new Memphis Music Making Machine has incorporated some younger rock star players to accomplish this unique “Back To The Future” music style. John Krondes and his Memphis Music Machine are completing new arrangements and recordings of “My Way,” “Always On My Mind,” “It’s Impossible,” “Welcome To My World,” “Warm,” “You’ll Never Walk Alone,” Krondes original “Forever In My Heart” and many others. Amazingly, John Krondes has historical new recordings with the TCB Band, American Studios Band, Jordanaires, Stamps, Imperials, Sweet Inspirations, Elvis Horn Section, and others. Presley drummers DJ Fontana, Gene Chrisman, Ronnie Tutt, and Paul Leim, as well as Anton Fig and Steve Gadd are carrying the beat on the Krondes recordings.

The Krondes Hit Team is in the studio next in Nashville, TN at Hilltop Recording Studio with the former original Stamps on Wednesday, July 24, 2019. Presley’s girls, the Sweet Inspirations are booked to come to Nashville on August 20, 2019 to add their parts to these powerful new songs. Elvis Lead Trumpet Player Walt Johnson is currently helping put together the horn section for recording sometime in the late fall of 2019.

The media, music industry professionals, and fans alike are encouraged to attend the upcoming “Hit Team” recording sessions in Nashville, New York, and Los Angeles. Photo-Ops, interviews, and an advance hearing and showcase of the many new John Krondes recordings will be available. The Stamps recording will take place at Hilltop Recording Studio In Nashville, TN on Wednesday, July 24, 2019 at 10:00 AM and the recording session is expected to go through the evening. Address: 902 Due West Ave N, Madison, TN  37115.

Hear “The End” by Earl Grant, the first recording of the worldwide smash written by Jimmy Krondes and Sid Jacobson – Click Link to listen to Earl Grant’s version now: https://youtu.be/y_FHaTEnyXI

Hear “The End” by John Krondes and the Jordanaires.  This beautiful new version recorded by Jimmy Krondes’ son John Krondes has been played on radio stations all over the world and sparked the reuniting in the studio of the original Elvis Presley band members with John to make new music.  Click Link to listen to John Krondes’ version now: https://youtu.be/BfHWaBmXYZY.  Hear and save “The End” on Spotify.com
– Click Link Now: https://open.spotify.com/album/0ayP1HVgHz3Z8tY53gBhcM.  Download MP3 of “The End” by John Krondes and the Jordanaires on ITunes and Amazon.com (Amazon Music) – https://www.amazon.com/End-John-Krondes-Jordanaires/dp/B000VBDVNG

Psychic To The Stars, John Cohan has joined the excitement and supernatural occurrences of this bigger than life story and project and will be reporting on upcoming news of John Krondes and the Elvis Hit Team. John Cohan was a regular on the Joe Franklin TV Show, and the Celebrity Psychic often quoted by Cindy Adams in the New York Post.  Elvis Presley was Cohan’s friend and client for many years.

“The End” is just the beginning folks…The Memphis Sound Lives On!