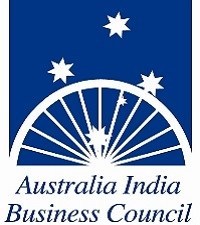 Ms McKay and Ms Pawha’s election as National Chair and National Vice Chair of the Australia India Business Council Ltd (AIBC) comes at a momentous time in the history of Australia–India relations, with the two countries agreeing on an interim free trade agreement and negotiations underway for an Australia India Comprehensive Economic Cooperation Agreement.

AIBC was established in 1986 by the respective Prime Ministers of both countries of the time – Bob Hawke and Rajiv Gandhi. AIBC is the only premier non-profit organisation, with a mission to promote trade dialogue between India and Australia through nurturing and maintaining close relationships in both Australia and India, with Federal and State government agencies, the diplomatic corporations and industry bodies.

Ms McKay brings with her a wealth of experience as a former Australian politician who was the Leader of the Opposition in the Parliament of New South Wales from June 2019 until May 2021. Also, she has previously served as a member of the New South Wales Legislative Assembly, representing Strathfield for the Labor Party from 2015 to 2021.

Ms McKay said, “India is the fastest growing major economy in the world, and Australia has been positioning itself to realise the mutual benefits of growing trade ties.

However, the relationship between Australia and India is not solely a government responsibility – business must be prepared to step up and it is AIBC’s role to support and facilitate opportunities.

Ravneet and I lead the AIBC at a crucial time in the bilateral relationship. We are excited about the opportunities for Australia and the role of AIBC as the voice for business and an advocate for strengthening economic, social and cultural ties.

The history of AIBC and the India Australia story are underpinned by business to business and people to people links. AIBC must be the voice for business and trade, while harnessing the tremendous potential of the diaspora in this critical relationship.”

Ms Pawha brings with her a rich experience of over three decades as an entrepreneur and leader in the international education, research, training, and upskilling sector, she has been instrumental in establishing various strategic partnerships between India and Australia. She set up the Deakin University office in 1994, the first-ever international ‘University office’ in India of any foreign education provider.

Ravneet Pawha said, “I’ve had the opportunity of being a voice in building robust government-to-government, business-to-business and people-to-people linkages between India and Australia for almost three decades in various roles including as the President of the AIBC Victoria chapter for the past two years.

India is Australia’s seventh-largest trading partner and fifth-largest export market, and the signing of the historic India-Australia Economic Cooperation and Trade Agreement has given significant momentum to the deepening of the bilateral relationship.”

“Both governments recognise there is significant potential in cooperation in areas of trade and business, AIBC is well-positioned to advance this engagement by facilitating, nurturing, and promoting industry, business, start-ups ecosystem through commercial and economic development between India and Australia,” added Ms Pawha.

“I look forward to working with Jodi in strengthening AIBC’s role as a platform for leaders of businesses in both countries to transform and influence decisions that promote mutual awareness and understanding that makes it easier for Australian businesses to operate in India and vice versa,” Ms Pawha added.

“Jim and Sanushka have placed AIBC in a strong position to champion the India Australia trade cause. Ravneet and I hope to build on that work for the mutual benefit of our two great nations,“ said Ms McKay.

Established in 1986, the Australia India Business Council (AIBC) was founded to foster bi-lateral relations between the two countries. We are the only premier non-profit organisation, with a mission to promote trade dialogue between India and Australia through nurturing and maintaining close relationships in both Australia and India, with Federal and State government agencies, the diplomatic corporations and industry bodies. 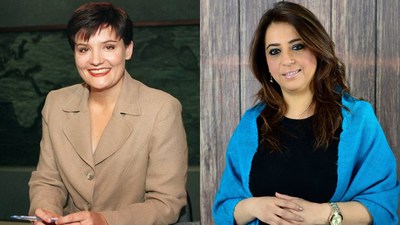