QINGDAO, China, July 13, 2021 /PRNewswire/ — After many intensive matches, the most-anticipated EURO 2020 final ended with Italy lifting the trophy and became the champion. As the global sponsor of EURO 2020, through many years of experience in sports marketing and technological innovations, Hisense also achieved a champion position in brand reputation and product sales. Furthermore, from January to June 2021, Hisense Laser TV shipments worldwide (excluding the Chinese market) have increased by more than ten times compared to the same period last year. 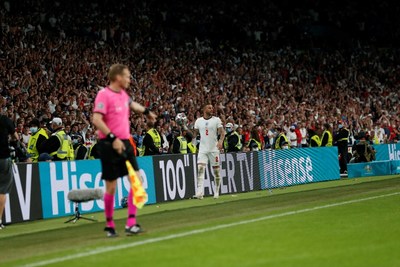 With the consolidation of brand strength and global market expansion, sports marketing is an indispensable choice of Hisense’s globalization strategy. Benefiting from the worldwide popularity and influence of EURO 2020, the tagline of “Hisense 100′ Laser TV” has attracted remarkable public attentions, enhanced the premium products’ market recognition, showcased Hisense’s technology and strength to global consumers, and established in-depth partnerships with many global business partners.

Through years of global reputation accumulation and benefits from sports marketing, Hisense Laser TV has achieved great success in the United States, Australia, South Africa, Dubai, France and other key markets, especially in the European market. For example, during EURO 2020, the Spain National Football Team has purchased 8 sets of 100-inch Hisense Laser TVs and gifted 6 of them to the players; Boulanger, a leading French home appliance retailer, became Hisense major business partner, took initiatives to allocate many store facilities to Hisense Laser TVs in 13 stores in France, maximized the recognition of Hisense’s high-end products in Europe.

To satisfy Dubai’s high-end market demands, Hisense combined Laser TV screen and golden frame to create an artistic hi-tech TV and praised by many Dubai consumers. Thus, many of Dubai’s royals, famous singers and enterprises are the loyal consumers of Hisense. From the golf club in Arabian Ranches to the Sheikh Zayed Road, Hisense Laser TVs can be found in prominent places and are becoming the trendiest popular product in Dubai.

By the end of 2020, Laser TV’s overseas cumulative sales revenue grew 120% year-on-year. Hisense maintained continuous growth and kept expanding the market even when the pandemic hampered the industry in 2020. 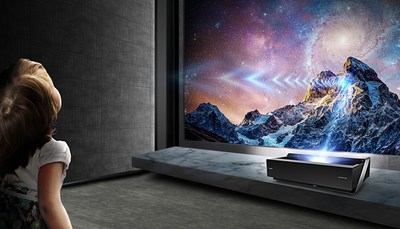 Hisense Laser TV’s success is also inextricably linked to its continuous technological breakthroughs. Since 2007, Hisense has begun to layout of developing Laser TVs. After 7 years of endeavour, Hisense made technical breakthrough from 0 to 1 and launched its first Laser TV in 2014. In 2021, Hisense is bringing Laser TV into a new era, by launching the world’s first full-colour 100-inch TriChroma Laser TV.

Hisense has applied for 1,366 global patents in the Laser TV sector and aims to propel the evolution of Laser TV industry by sharing patents, technologies and intellectual property rights with the industry within five years. President of Hisense Group, Jia Shaoqian said, “Currently Laser TV has achieved modest success. Hisense aims to form a technological ecology in the future, letting more enterprise into this industry.” 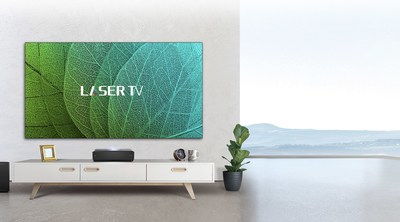 Hisense Laser TV’s worldwide success isn’t a coincidence but a manifestation of Hisense’s technology strength, brand capability and innovation. With the remarkable Laser TV appearance in EURO 2020, it accelerated Hisense globalization process. Under Hisense’s initiative, Laser TV and the industry are witnessing a tremendous expansion worldwide.

Valtech, The Digital Services And Business Transformation Agency, Receives New Investment From BC Partners To Support Growth And Expansion