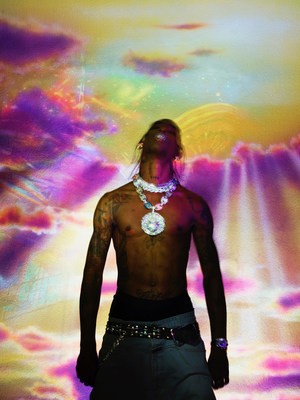 It was announced that American hip hop sensation Travis Scott will bring his incredible live show, booming urban sounds and powerful on-stage presence with a headline show at the Yasalam After-Race Concert at the du Arena, Yas Island, on Friday, 29 November.

One of the most enigmatic and popular artists to emerge as part of a fresh new wave of US hip hop stars, Travis Scott has been steadily winning over underground music fans in the know since 2014. Last year’s release of his mega album ‘ASTROWORLD’.

Fans can expect Travis Scott’s live show to include hits such as ‘Sicko Mode’, ‘Antidote’ and ‘Yosemite’ plus many more as he delights the crowd with tracks from his three studio albums, plus a few surprises.

Offering superb value to loyal race fans, there’s also up to a 30 percent ‘Early Bird’ discount for those that purchase their Abu Dhabi Grand Prix tickets before 31 May.

Al Tareq Al Ameri, CEO of Yas Marina Circuit, said, “Each year, the Abu Dhabi Grand Prix After-Race Concerts have welcomed some of the biggest, best, and most exciting musical acts in the world to the capital of the UAE for amazing live shows that have gone down in history.

“This year will be no different and we are thrilled to announce that Travis Scott, one of the best performers in the world of hip hop and R&B, will headline Friday night’s After-Race Concert.

“With five full days of on and off-track entertainment lined-up in 2019, we look forward to welcoming race and music fans from across the UAE, the region, and the world to Yas Marina Circuit as we mark our second decade of incredible success.”

Tickets are available online at www.yasmarinacircuit.com