DENVER, July 29, 2021 /PRNewswire/ — Research presented at the Alzheimer’s Association International Conference® (AAIC®) 2021 suggests COVID-19 is associated with long-term cognitive dysfunction and acceleration of Alzheimer’s disease pathology and symptoms. These studies were among several pieces of groundbreaking research featured at AAIC 2021. 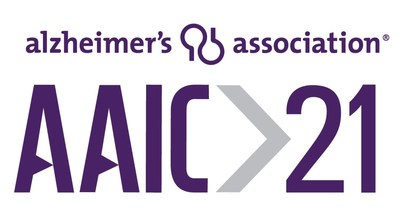 “These new data point to disturbing trends showing COVID-19 infections leading to lasting cognitive impairment and even Alzheimer’s symptoms,” said Heather Snyder, Ph.D., Alzheimer’s Association vice president of medical and scientific relations. “With more than 190 million cases and over 4 million deaths worldwide, COVID-19 has devastated the entire world. It is imperative that we continue to study what this virus is doing to our body and brain.”

With FDA-accelerated approval of aducanumab (Aduhelm, Biogen/Eisai) for mild cognitive impairment (MCI) and mild Alzheimer’s, there is new energy and interest in other treatments in the Alzheimer’s/dementia therapeutic pipeline. Reports at AAIC 2021 included new data and analyses of the furthest advanced investigational anti-amyloid drugs — donanemab (Eli Lilly) and lecanemab (Biogen/Eisai) — plus a wide variety of other approaches, including anti-tau strategies, anti-inflammatory targets, and neuroprotection and regenerative medicine.

“As the leading voluntary health organization in Alzheimer’s research, care and support, the Alzheimer’s Association believes we’re living in a new era of advancement. We’re seeing at AAIC this year dozens of novel treatment approaches that are gaining momentum in clinical trials,” said Maria C. Carrillo, Ph.D., Alzheimer’s Association chief science officer. “Alzheimer’s is a complex brain disease, and very likely will need multiple treatment strategies that address the disease in several different ways along the length of its course. These treatments, once discovered and approved, may then be combined into powerful combination therapies.”

AAIC is the premier annual forum for presentation and discussion of the latest Alzheimer’s and dementia research. This year’s hybrid conference event took place both virtually and in-person in Denver and attracted over 11,000 attendees and more than 3,000 scientific presentations.


COVID-19 Associated with Long-Term Cognitive Dysfunction, Acceleration of Alzheimer’s Symptoms
Much has been learned about SARS-CoV-2, the virus that causes the novel coronavirus, since the beginning of the COVID-19 pandemic. However, questions remain about the long-term impact of the virus on our bodies and brains. New data presented at AAIC 2021 from Greece and Argentina suggest older adults frequently suffer long-term cognitive impairment, including persistent lack of smell, after recovery from SARS-CoV-2 infection.

These new data are the first reports from an international consortium — including the Alzheimer’s Association and teams from nearly 40 countries — who are researching COVID-19’s long-term effects on the central nervous system.

Improving air quality may improve cognitive function and reduce dementia risk, according to several studies reported at AAIC 2021. Among the key findings are:

Positive trends in global education access are expected to decrease dementia prevalence worldwide by 6.2 million cases by the year 2050. Meanwhile, anticipated counter-trends in increased smoking, high body mass index and high blood sugar are predicted to increase prevalence by nearly the same number: 6.8 million cases. A team from the University of Washington modeled these projections on health data collected and analyzed by a worldwide consortium of researchers between 1990 and 2019 as part of the Global Burden of Disease study. Also reported at AAIC 2021:

At AAIC 2021, the National Institute on Aging (NIA), part of the U.S. National Institutes of Health, launched a new online tool, Outreach Pro, to help researchers and clinicians increase awareness and participation in clinical trials on Alzheimer’s disease and other dementias, especially among traditionally underrepresented communities. Other key findings reported first at AAIC 2021 include: