LEEDS, England, July 9, 2019 /PRNewswire/ — Hesco Bastion Ltd has successfully defended its ‘HESCO’ trademark in China. The registered trademark was upheld after a Chinese manufacturer failed in its attempt to cancel the mark. 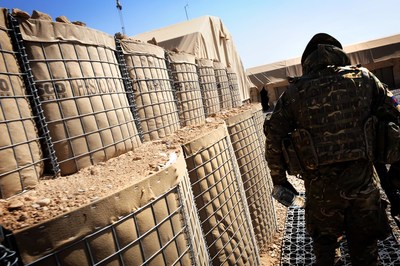 The China National Intellectual Property Administration reached the decision to uphold Hesco’s trademark and refuse the cancellation action after reviewing evidence of Hesco’s use of the name in China. Hesco has rigorously enforced its HESCO trademark and other marks against Chinese competitors, including successfully taking action against a competitor for trademark infringement in 2015.

“We’re very pleased with the decision,” says Andrew Taylor, General Counsel for Hesco. “These are life-saving products used by the military and other customers in high-risk environments. It is absolutely vital that our customers can trust the HESCO brand name and trademark to clearly indicate the origin of products manufactured by Hesco in the UK with the quality they can rely upon. We will continue to take action against any companies infringing the HESCO trademark and any other intellectual property owned by Hesco.”

Despite longstanding ownership of the trademark and consistent action taken against its infringement, Hesco continue to serve cease and desist notices to manufacturers producing potentially inferior products using the HESCO name.

This decision serves as a reminder that the HESCO brand is internationally recognised and that the HESCO trademark must only be used in conjunction with products manufactured by Hesco in the UK.

Hesco Bastion are the creators of the original earth-filled barrier, used extensively for force protection in hostile environments for the last 30 years. This led to part of the name being lent to the former ‘Camp Bastion’ military base in Afghanistan, which was constructed primarily of the barriers.

Hesco is synonymous with force protection and is recognized across its industry for its commitment to saving lives, property and the environment, whenever and wherever it is needed.