DALLAS, Jan. 7, 2022 /PRNewswire/ — The HBAR Foundation today announced a partnership with Indian composer, producer and musician A.R. Rahman, to create content for a new NFT music platform focused on India’s independent music community. The HBAR Foundation is providing a grant and organizational support for development and growth of the  NFT platform, scheduled to launch in the first quarter of 2022. 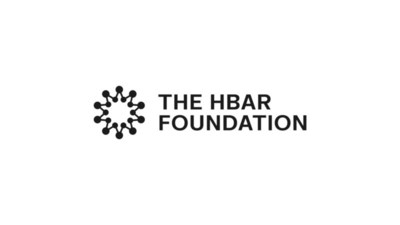 As part of the launch, A.R. Rahman will release his first-ever NFT drop, with portions of the proceeds going to charity. Mr. Rahman is best known for his Oscar-winning “Slumdog Millionaire” soundtrack, and has also won two Grammy Awards and a Golden Globe.

“We’re excited to partner with HBAR Foundation to create content, as well as support and mentor the new NFT platform, which in turn will bring more opportunities to the Indian music community,” said Mr. Rahman. “The new platform will enable independent musical artists to release content as NFTs, interact with fans, engage with their communities and help monetize their creations.”

Among a growing number of organizations, Hedera Hashgraph has been selected for  NFT offerings, as Hedera has the industry’s most decentralized and transparent governance model, led by the Hedera Governing Council, ensuring reliability of the network. Furthermore, Hedera offers 10,000 transactions per second, boasts low and predictable transaction fees, real-time settlement, and sustainable energy consumption due to its eco-friendly proof-of-stake consensus.

“The HBAR Foundation is proud to support innovative projects across the globe, and our strategic partnership with  A.R. Rahman provides tremendous value to the HBAR ecosystem with its focus on the large and vibrant music community in India,” said Shayne Higdon, Executive Director & CEO at the HBAR Foundation.

“We are excited to be a part of this maiden journey of AR Rahman into the world of NFTs and it is an important step reflecting our commitment to build the blockchain ecosystem in India. This partnership reiterates our mission to collaborate with the best and expand the ecosystem in the region,” mentioned Vignesh Raja, Director – Business Development (Middle East and South Asia), HBAR Foundation.

About the HBAR Foundation
Founded in 2021, the HBAR Foundation fuels the development of the Hedera ecosystem by providing grants and other resources to developers, startups and organizations that seek to launch decentralized applications in DeFi, NFTs, CBDCs, ESGs, gaming and other sectors. In addition to providing funding through a streamlined grant process, the HBAR Foundation acts as an integrated force multiplier through expert support across technical, marketing, business development and other operational functions that are required to scale. Since launching in 2018, the public network has processed over 2 billion transactions generated by real-world applications.  For additional information, please visit https://hbarfoundation.org/ or follow the Foundation on Twitter @HBAR_foundation.

About A.R. Rahman
A. R. Rahman is an Indian composer, singer-songwriter, music producer, musician, multi-instrumentalist and philanthropist. One of the world’s all-time top-selling recording artists, he has to his name two Academy Awards, two Grammy Awards, a BAFTA Award, a Golden Globe, four National Film Awards, fifteen Filmfare Awards and thirteen Filmfare Awards South in addition to numerous other awards and nominations. Recently, Rahman made his foray into filmmaking with two projects – ’99 Songs,’ a film he’s produced and co-written and ‘Le Musk,’ a virtual reality movie, which marks his directorial debut. He recently co-founded the Firdaus Orchestra, an all-women ensemble comprising talent from the Arab world, and he’s working on a musical with BAFTA Award-winning filmmaker Shekhar Kapur for the world’s largest projection dome, the Al Wasl. He also founded the KM Music Conservatory in 2008 to nurture western and Hindustani music in India. Rahman’s latest music projects include the acclaimed soundtracks of ‘Atrangi Re’ and ‘Dil Bechara.’ He is a notable humanitarian and philanthropist, donating and raising money for beneficial causes and supporting charities. He also founded the A.R. Rahman Foundation in 2006 to support music education, artists and the underserved.