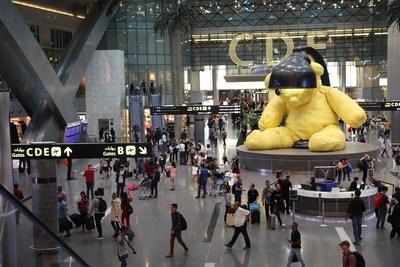 Engr. Badr Mohammed Al Meer, Chief Operating Officer at Hamad International Airport stated: “2019 has been a spectacular year for HIA, having broken our record for the most number of passengers ever served since commencing our operations. Looking ahead, we’re focused on increasing our operational capacity through our major airport expansion project which is a vital part of the airports rapid growth and the country’s preparations to host the 2022 World Cup and beyond.”

HIA also introduced innovative solutions in 2019 to achieve operational excellence and enhanced passenger experience in the terminal. The airport implemented advanced software solutions for passenger forecasting and queue measurement which provides real time passenger traffic forecasting as well as calculating waiting times and throughputs which are visualized on a live dashboard, allowing the airport to keep waiting times in check. The software has enabled the operational staff to be proactive and stay agile in the terminal’s dynamic environment.

Along with HIA’s self-check-in and self-bag-drop kiosks, which was introduced in the terminal to provide passengers with a faster and smoother check in process, HIA recently introduced ten automated security gates at the pre-immigration area, so passengers can scan their own boarding cards and proceed to immigration, providing passengers with a truly autonomous travel experience.