Halfwish, a brand new player-versus-player (PVP) roguelite game, has opened early access registration for its beta testing on PC and will continue its game activations at various locations in Singapore throughout this year to promote the adoption of its card game.

Singapore, SIngapore, Aug. 16, 2022 (GLOBE NEWSWIRE) — Halfwish, a brand new PVP Roguelite card game has opened its early access beta testing registration on PC in Singapore. Halfwish announces the upcoming launch of its player versus player roguelite game which is set to be released by Q1 2023. The team ended its two-day open challenge with a $10,000 cash prize at the Mind Cafe in Singapore with approximately 100 players across both days. The paper tournament was organised as part of a series of card game activations at various locations in Singapore throughout this year to showcase the Halfwish gameplay. 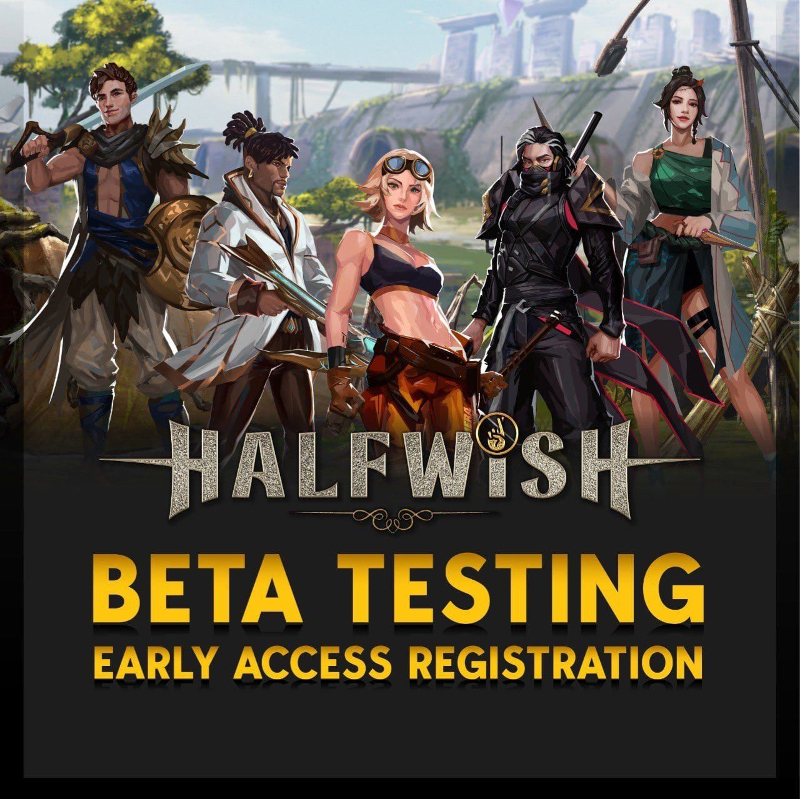 Halfwish is a player-versus-player (PVP) roguelite game. In the roguelite genre, players start a fresh playthrough in each match and get progressively stronger as the game progresses. Halfwish players are tested on their ability to bluff, manage risk, and to think on their feet as they duel another player in a battle through a unique randomly generated adventure map card every round. On the PC (Client) version down the line, players will also be able to collect heroes to unlock new playstyles, hunt for loot to trade on the Halfwish marketplace, and to hoard resources to build up their private realm.

Halfwish game’s creator and founder, Lysander said, “There’s a running joke in card game circles about the term ‘Wizard Poker’, and that’s where we actually got the inspiration from. We kept the idea of a neutral card river that affects both players, but took away the gambling and replaced it with fantasy themes like magic, bards, and wandering monsters.”

The goal is to create a game accessible to both social and competitive players, a household game that is easy to pick up, yet allows room for skill expression to help the competitive players to stand out. The team hopes to be able to bridge these two sectors with an Esports scene that rewards both professional and casual players. Together with a story-centred universe, players will have plenty to look forward to every season.

Halfwish is a PVP Roguelite card game that aims to disrupt the current card game space. Players are Venators, interplanetary bounty hunters who work for their genie masters to hunt for magic lamps. In return, they are granted a Halfwish – a mysterious enchantment that contains powerful but limited wish-fulfilling magic.

The game is entirely free to play and requires no card collecting, eliminating one of the most significant barriers to entry in the card game genre. Halfwish is a game that is fun to play, and easy to learn but has a high skill expression, which makes it extremely spectator friendly, perfect for streamers and Esports competitions.

Thematically, Halfwish combines the combat styles from fighting games, familiar magical themes from fantasy games, and the river and bluffing elements of Poker. Add all that to a large collection of spells and special moves (most of which are free and available right at the start) and you got a completely original concept that promises a different experience in every game.