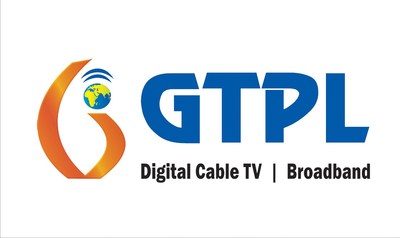 GTPL Hathway Limited (GTPL), India’s leading Digital Cable TV and Broadband Service provider, today announced the financial results for the First quarter of Financial year 2019 – 20, as approved by its Board of Directors.

Commenting on performance, Anirudhasinhji Jadeja, Managing Director, GTPL Hathway said, “Q1FY20 was the first full quarter with New Tariff Order (NTO), which has led to significant growth in subscription revenue. Subscription revenue grew by 47% on a y-o-y basis. Overall, our first quarter performance was in line with our expectation and we see our next three quarters equally exciting. With NTO being stabilised, our focus on taking FTTH to more and more homes, re-launching industry’s first dual service product ‘GTPL GIGAHD‘ to convert current customers along with adding new customers and concurrently launching hybrid set top box will help us to converge linear TV viewing with OTT usage. We will further increase the pace of growth momentum towards CATV and Broadband business in FY 2019 – 20.”

Q1 FY20 Consolidated Financial Performance Highlights (as per IND AS)

Q1 FY20 Standalone Financial Performance Highlights (as per IND AS)

GTPL Hathway Limited is one of India’s leading Digital Cable TV and Broadband service providers. We are number 1 Cable TV Provider in Gujarat with 67% market share. Our digital cable television services reached 500 plus towns across India, including towns in Gujarat, West Bengal, Maharashtra, Goa, Bihar, Assam, Jharkhand, Telangana, Rajasthan and Andhra Pradesh. As on June 30, 2019, we have seeded approximately 9.7 million STBs and had approximately 7.1 million paying subscribers and 340,000 Broadband Subscribers with a home pass of about 2.66 million.