LONDON, July 11, 2019 /PRNewswire/ — Global Student Accommodation (GSA), which supported this year’s BAFTA Student Film Awards for the second year running, has announced that the 2019 BAFTA-GSA Short Film Commissioning Grant has been awarded to Drama Del Rosario from New York Film Academy for his documentary, “I’m Okay (And Neither Are You)”, and Lola Blanche Higgins from AFI Conservatory for her short film project, “Kissy and the Shark”. 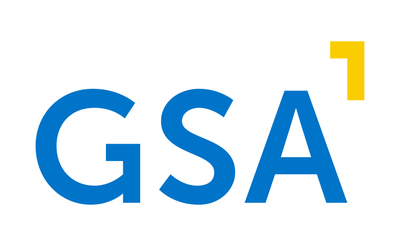 With youth wellbeing directly impacting GSA’s purpose-built student accommodation across the world, the global leader in student living launched the USD 12,000 grant alongside BAFTA to provide filmmakers with a platform to raise awareness and encourage change in how wellbeing is understood amongst 15 to 25-year-olds.

Drama Del Rosario and Lola Blanche Higgins, who will share the grant, will be able to use the funds to develop their films alongside the team at BAFTA, which will provide creative and strategic advice throughout the life of the project. Both of their completed films will be premiered at the next BAFTA Student Film Awards in 2020.

GSA’s Global COO, James Granger, said: “We’re immensely proud to have launched this initiative alongside BAFTA and could not have hoped for more deserving winners. The quality of the student filmmakers on the shortlist of this year’s BAFTA Student Film Awards was absolutely outstanding, and Drama and Lola truly impressed the judges with their original approaches for tackling wellbeing amongst 15 to 25-year-olds.”

“As global leaders in student living, we know how important positive mental health and student wellbeing are to a thriving society, and we fully believe that projects such as Lola’s and Drama’s can make a real difference. We’re certain BAFTA’s support will be invaluable to them both, and we can’t wait to see the final result of all their hard work.”

BAFTA LA CEO, Chantal Rickards, said: “We were honored to partner with GSA again for this year’s Student Film Awards and are thrilled they have joined us in our commitment to supporting emerging student filmmakers across the globe. We look forward to mentoring the winners of the BAFTA-GSA Short Film Commissioning Grant and helping bring their imaginative film concepts on the topic of wellbeing to life.”

The news comes after the world leader in student living launched an award-winning 9-pillar framework designed to provide unrivalled services to support students during what can be vulnerable transitions in their lives, to raise awareness of potential catalysts for stress, and to teach students the skills and resilience needed to overcome them. By the end of 2019, 30,000 students globally will have access to the programme.

The British Academy of Film and Television Arts announced the winners of the 2019 BAFTA Student Film Awards in a gala ceremony and presentation on July 9 at the Broad Stage in Santa Monica.