ANNECY, France, Oct. 13, 2022 /PRNewswire/ — After 6 thrilling legs in Europe and the United States, the world’s best trail runners head to Madeira for the last week in October for the Madeira Ocean & Trails Stage Race, the final of the Golden Trail Series. 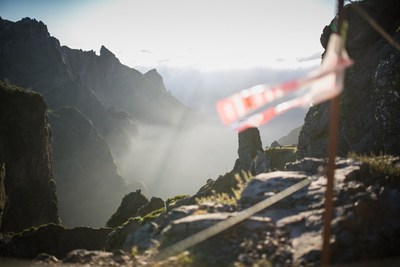 From 26th to 31st October on the island of Madeira, the top 30 men and top 30 women in the general rankings will race at the Madeira Ocean&Trails, the grand final of the Golden Trail Series after the season’s six legs. One final 5-stage test where these athletes can earn precious points to win the title of the planet’s best trail runner. The route for the stages in this final has been specifically designed for the occasion and will take in the Portuguese island’s most beautiful paths and trails. As well as the stage rankings, every day the runners will be able to generate their fastest times for the “uphill”, “downhill” and “sprint” sections and, at the end of the week, rankings will celebrate the best runners in these sections. Prizes will be awarded daily, recognising the athletes’ performances and representing a total of 178,500 euros over the entire final.

An open category and national teams

The open race is for everyone in parallel to the ELITE rankings! The best men and women in each national series (GTNS) have been invited to take part in this final in the OPEN category. The first five will win prize money and the top 3 men and top 3 women in the OPEN category will win a Golden Ticket for an invitation to three races in the 2023 GTWS. As well as running for themselves in this final, these athletes will also defend their national colours as there will be a ranking by national team. Which GTNS will win the world’s best national series? Find out on 30th October!

Every evening, we will broadcast a programme with the best moments of the day’s stage and exclusive interviews with athletes. Tune in at 8pm (GMT+1) after each stage to get all the news about this great world final: goldentrailseries.com/gttv/

All the information you need on: https://madeiragtwsfinal.com