SEOUL, KOREA, Oct. 06, 2022 (GLOBE NEWSWIRE) — Global pre-register of DK Mobile’s third series, ‘Genesis,’ is heating up. The developer, Ntrance Corp., who is taking pre-orders, said that the number of pre-orders for DK Mobile: Genesis has exceeded its estimate by 50% for a week. It’s been nearly a month since DK Mobile: The Origin, the second series launched in August, reigned top in the Android market for roughly two weeks following its debut. The pre-register for DK Mobile: Genesis, a web 3 version MMORPG global version laden with P2E components, began on the 22nd of last month. “There was a great deal of anxiety because it was the first challenge in the P2E industry,” said Ntrance, “but shortly after the application opened, global users started to register for reservations, and we are discovering the enthusiasm of worldwide DK fans again.” 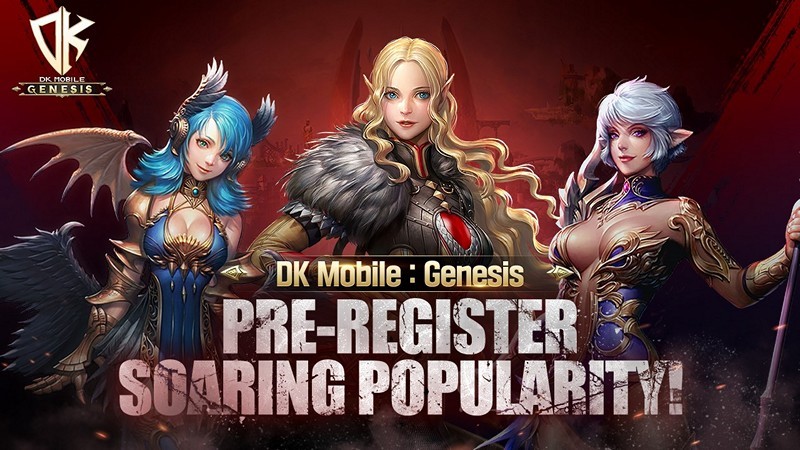 The industry perceives DK Mobile: Genesis’s unique P2E aspect as a game changer. This game features a variety of strengths. The first is that the barrier to entry for new users is minimal. This game’s design of a seasonal system allows all users to begin the season under the same conditions and compete equally. Moreover, the game may be played for free without the need for in-app purchases, easing the load on users. On the other hand, unlike the existing P2E focused on mining, various contents such as PVE, P2E, and new dungeons are provided so that users can focus on ‘Play’. Users who want to level up faster can choose staking to receive various rare items, and the liquidation system at the end of the season is another unique point.

Due to the higher-than-expected pre-register fever of DK Mobile: Genesis, the web3 gaming platform ‘ITSBLOC’ has also started additional development to accommodate large-scale users. By July 2022, ITSBLOC had completed the stability test for simultaneous access by 1 million global users.

In addition to system stability, preparations for revitalizing the platform ecosystem are intensifying. The $7.5 million global investment round for the construction of the Web3 gaming platform project was successfully closed at the beginning of September. On the 19th of last month, ITSB, a governance token, completed listing on the global cryptocurrency exchange, Gate.io, and has since inked cooperation with Ozys, a full stack blockchain firm, to add a liquidity pool of Meshswap. Furthermore, the recently formed partnership with Polygon Studios is intended to expand its competence in the realm of web3 gaming.

ITSBLOC, recently listed ITSB on gate.io and MEXC (10/4), stated that it plans to list additional global top-tier exchanges beginning in October to increase the ecosystem of global platform users. ITSBLOC also expressed excitement about the addition of the ITSBLOC platform for the web 3 dedicated MMORPG, which will be published at the end of the year, stating, “ITSBLOC users will encounter an MMORPG masterpiece that has been highly enhanced with graphic quality and game aspects that exceed DK Mobile: Genesis.”