WASHINGTON, April 21, 2020 /PRNewswire/ — With Earth Day 2020 fast approaching, Earth Day Network has been overwhelmed with the outpouring of video messages from the global community to show their commitment to the planet. This new slate of content joins the already illustrious programming and individuals who are supporting the event. To read the previously announced list of participants, please go here. This unprecedented global event will be hosted by Ed Begley, Jr. and his daughter, Hayden Begley, a musician and actress. 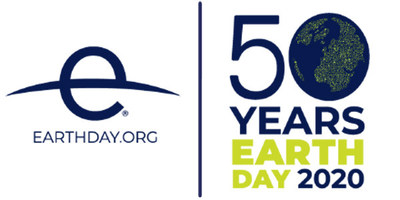 These messages, performances and calls-to-action will be part of Earth Day Network’s robust 11-hour (9am ET to 9pm ET) digital event on the homepage for the planet, earthday.org, as well as part of a comprehensive social media partnership with Twitter (#EarthDay2020).

About Earth Day Network
Earth Day 2020 comes 50 years after the first Earth Day which, in 1970, mobilized over 20 million citizens to demand action on the environmental challenges of the time. Today, Earth Day is observed in around 190 countries and close to 100,000 organizations. More than 1 billion people now participate in Earth Day activities each year, making it the largest civic observance in the world. To learn more, visit earthday.org.

Zift Solutions Named a Leader in Through Channel Marketing Automation

THE GATE ACADEMY, Bangalore Receives Splendid Response From GATE Aspirants & Semester Students After the Launch of Their Free Coaching Initiative During the Lockdown