Corona funds nature-inspired missions to reconnect people with the outdoors 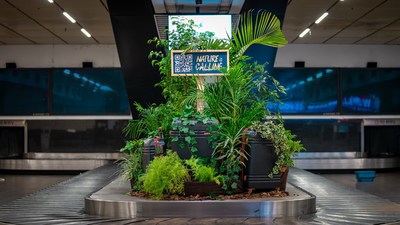 In the past 200 years, the world’s urban population has grown from 2 percent to 50 percent* (Population Reference Bureau, 2004). The most striking examples of this shift towards urbanization are the megacities which are home to 10 million-plus city dwellers who spend over 90 percent of their lives indoors, resulting in a profound disconnect from nature. The pandemic has further exacerbated this issue.

“People crave a connection to nature, but we’re restricted by our daily routines and city living,” said Felipe Ambra, Global Corona Vice President. “Free Range Humans is a joyful celebration of people reconnecting with nature. To bring this to life, we’ll create limited-time oases for city dwellers to experience how even a few minutes with nature can positively impact their physical and mental wellbeing.”

In 2019, Corona Studios, a dynamic global content house which operates and markets Corona exclusively outside of the U.S., launched Free Range Humans. Like the Corona brand, the series embraces nature and the beach and season one received more than 100 million views worldwide.

Season two spotlights six new episodes featuring people from around the world who have broken free from daily confines to get closer to nature and have committed their lives to causes they care about.

“Season one was based on an insight that people spend 90 percent of their lives indoors.** But only some of us follow the impulse to leave our desk jobs behind, to search for meaning outside,” said Nick Sonderup, of Corona’s creative partner, Pereira O’Dell. “Season two follows the journey of six people who decided to venture outdoors and seek more meaningful pursuits.”

To celebrate season two of Free Range Humans, Corona will help consumers reconnect with nature by unveiling dynamic natural installations in dense city locales around the world. The immersive urban oasis will invite people to answer the call from nature by following site markers to an enchanting natural oasis where they will be invited to take a pause.

Those inspired by the stories of the show’s cast members are encouraged to apply for Corona’s Free Range Fund. The Free Range Fund will award seven $10,000 grants to serve as seed money for recipients to take the leap and answer their unique call from nature. The Fund will be accepting applications in select markets starting in South Africa on May 25, with one winner per market.

Free Range Humans was originally conceived by Wieden+Kennedy Amsterdam, developed as a global entertainment platform by Pereira O’Dell and produced by Monsters Children. As part of Corona’s global celebration of season two, viewers can tune into a live virtual panel with select cast members on Wednesday, May 25, 2022 on Corona’s YouTube channel.

*Population Reference Bureau. (2004, April 23). Urbanization: An Environmental Source to be Reckoned With. Retrieved from https://www.prb.org/resources/urbanization-an-environmental-force-to-be-reckoned-with/ 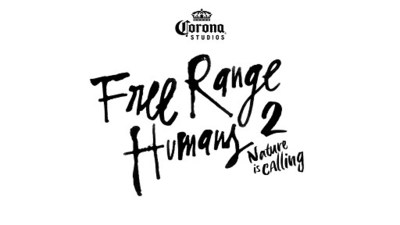