MADRID, June 3, 2019 /PRNewswire/ — The Seventh Season of the Gazprom International Children’s Social Programme Football for Friendship has ended. The final events of the project carried out with support from FIFA, UEFA, national football federations and associations took place from May 28 to June 2 within the framework of the official programme of the UEFA Champions League Final. The Football for Friendship World Championship brought the programme the GUINNESS WORLD RECORDS® title for the Most nationalities in a football (soccer) training. More than 800 children and adults from Europe, Asia, Africa, South, and North America together with more than 160 journalists of the leading national and international media took part in the final events.

The Seventh Season guests of honour became the Gazprom Chairman of the Board of Directors Viktor Zubkov and the official representative of the UEFA Foundation for Children Cyril Pellevat. The legends of football Roberto Carlos, Marco Materazzi, Andrei Arshavin, Alexei Smertin, Dmitri Sychev and Anatoliy Timoshchuk, UEFA Ambassadors Célia Šašić and Ricardo Carvalho, the heads of football federations and associations of different countries talked to the participants of Football for Friendship.

The Seventh Season was marked with a special event: a football training uniting athletes of 57 nationalities that took place on 05/31/2019 within the framework of the qualifying games. At the end of the training, the Gazprom Chairman of the Board of Directors Viktor Zubkov was awarded the GUINNESS WORLD RECORDS® certificate.

On June 1 in the very heart of Madrid in the central square Plaza Mayor, took place the final event of the programme: the Football for Friendship World Championship. The first place and the title of the winner received the Antiguan Racer team whose lineup was formed by Young Players from Bosnia and Herzegovina, Russia, Iran, Italy, Turkmenistan, and Azerbaijan. Legendary football player Roberto Carlos awarded the winners with the cup.

“Football for Friendship is an absolutely unique programme, and kids from all over the world wish to join it. Uniting the sports and humanitarian parts, the project helps Young Participants develop their talents, choose their way in life, and become bright leaders.”

All participants of the final events visited the 2019 UEFA Champions League Final at Metropolitano stadium in Madrid. 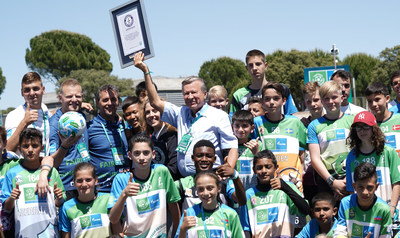 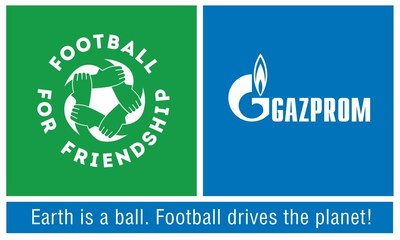