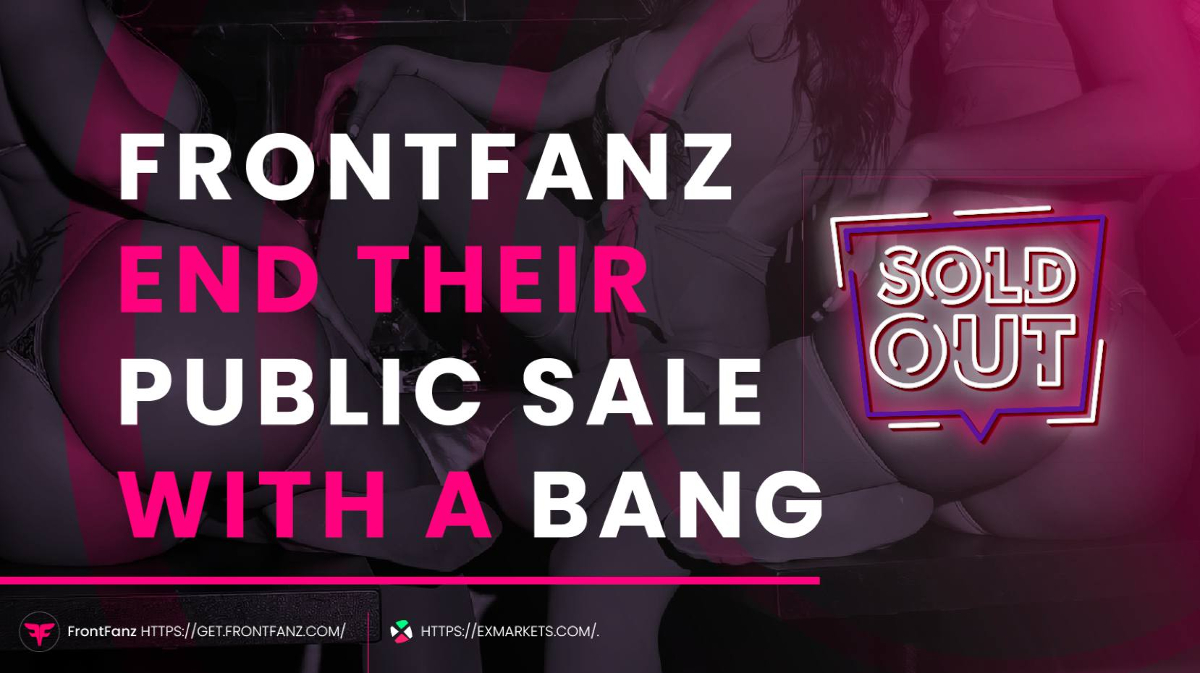 After closing an important strategic investor round that brought 500K USD and 625K USD private sale round, FrontFanz just finished a public IEO sale that ended up being a huge success. It’s safe to say that this Web3 content subscription platform is on a roll.

The public sale started on the 20th of July, 2022, and ended on the 8th of August, going strong for 20 days. The sale didn’t just close successfully – daily IEO allocations sold out every single day! With every day going by, new records were reached, proving just how interested people are in this revolutionary platform for content creators.

During the public IEO sale, FrontFanz also launched an interactive guessing game where players could win exclusive NFTs every single day. All they had to do was join the official FrontFranz Telgeram channel and guess the time of a daily sell-out as well as the percentage. The game was received very positively as many interested parties participated and offered their guesses to win.

Everything You Need To Know About FrontFanz

FrontFanz is a censorless subscription content Web3 platform built on the Polygon (MATIC) blockchain. Founded by Rosey Sin and Stacey Carlaa, two well-known figures in social media, FrontFanz is the answer to some content-sharing platform limitations of Web2 that creators face today.

No more one-sided censorship, chargebacks, third-party involvement, delayed or even denied payment. With FrontFanz, content creators can finally express themselves freely, receive fair payment and get in touch with their fanbase like never before.

Even though FrontFanz is quite new, the platform already has over 400 ambassadors that together have more than 32 million followers all around the world. Some of the well-known influencers that have joined FrontFanz.

FrontFanz also has its own token, FANZ, that can be used to access various benefits of the platform. Its main benefits include:

Since one of the main goals for FrontFanz was to become independent from third parties and their involvement in the payment, the platform was built on the Polygon blockchain. This decentralized blockchain is well-known for acting as the second layer of Ethereum-based blockchains. It’s kind of like a middleman that helps Ethereum handle new projects by offering dedicated tools to increase speed and reduce transaction fees to a minimum.

What To Expect From FrontFanz in the Near Future

As FrontFanz keeps closing one successful sale round after another, its popularity keeps growing. Being a Web3 platform that puts a huge focus on content creators like no other Web2 platform before, FrontFanz aims to establish itself and continue to evolve. In accordance with these ambitions, the platform will list its native FANZ token on ExMarkets, so make sure to check up on their page for more news that’s sure to come soon!