From The Alzheimer’s Association International Conference 2020: Alzheimer’s Risk Factors May Be Measurable In Adolescents And Young Adults

CHICAGO, July 30, 2020 /PRNewswire/ — Risk factors for Alzheimer’s dementia may be apparent as early as our teens and 20s, according to new research reported at the Alzheimer’s Association International Conference® (AAIC®) 2020. 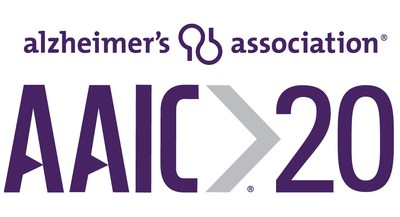 These risk factors, many of which are disproportionately apparent in African Americans, include heart health factors — such as high blood pressure, high cholesterol and diabetes — and social factors like education quality. According to the Alzheimer’s Association Alzheimer’s Disease Facts and Figures report, older African Americans are about twice as likely to have Alzheimer’s or other dementias as older whites.

“By identifying, verifying, and acting to counter those Alzheimer’s risk factors that we can change, we may reduce new cases and eventually the total number of people with Alzheimer’s and other dementia,” said Maria C. Carrillo, Ph.D., Alzheimer’s Association chief science officer. “Research like this is important in addressing health inequities and providing resources that could make a positive impact on a person’s life.”

“These new reports from AAIC 2020 show that it’s never too early, or too late, to take action to protect your memory and thinking abilities,” Carrillo said.

The Alzheimer’s Association is leading the U.S. Study to Protect Brain Health Through Lifestyle Intervention to Reduce Risk (U.S. POINTER), a two-year clinical trial to evaluate whether lifestyle interventions that simultaneously target many risk factors protect cognitive function in older adults who are at increased risk for cognitive decline. U.S. POINTER is the first such study to be conducted in a large, diverse group of Americans across the United States.

African American Youth At Higher Risk of Dementia
In a population of more than 714 African Americans in the Study of Healthy Aging in African Americans (STAR), Kristen George, Ph.D., MPH, of the University of California, Davis, and colleagues found that high blood pressure and diabetes, or a combination of multiple heart health-related factors, are common in adolescence and are associated with worse late-life cognition. Study participants were adolescents (n=165; ages 12-20), young adults (n=439; ages 21-34) and adults (n=110; ages 35-56). Mean age at cognitive assessment was 68.

Cognition was measured using in-person tests of memory and executive function. The researchers found that, in this study population, having diabetes, high blood pressure, or two or more heart health risk factors in adolescence, young adulthood, or mid-life was associated with statistically significantly worse late-life cognition. These differences persisted after accounting for age, gender, years since risk factors were measured, and education.

Before this report, little was known about whether cardiovascular disease (CVD) risk factors developed prior to mid-life were associated with late-life cognition. This is an important question because African Americans have a higher risk of CVD risk factors compared to other racial/ethnic groups from adolescence through adulthood.

According to the researchers, these findings suggest that CVD risk factors as early as adolescence influence late-life brain health in African Americans. Efforts to promote heart and brain healthy lifestyles must not only include middle-aged adults, but also younger adults and adolescents who may be especially susceptible to the negative impact of poor vascular health on the brain.

Relatively little is known about the role of early life BMI on the risk of Alzheimer and other dementias. The scientists studied a total of 5,104 older adults from two studies, including 2,909 from the Cardiovascular Health Study (CHS) and 2,195 from the Health, Aging and Body Composition study (Health ABC). Of the total sample, 18% were Black and 56% were women. Using pooled data from four established cohorts spanning the adult life course, including the two cohorts under the study, the scientists estimated BMI beginning at age 20 for all older adults of CHS and Health ABC.

Adina Zeki Al Hazzouri, Ph.D. of Columbia University and colleagues found that high BMI in adulthood is a risk factor for dementia in late life. The researchers suggest that efforts aimed at reducing dementia risk may need to begin earlier in life with a focus on obesity prevention and treatment.

Quality of Early-Life Education Influences Dementia Risk
In a diverse group of more than 2,400 people followed up to 21 years, higher quality early-life education was associated with better language and memory performance, and lower risk of late-life dementia. Results were somewhat different between men and women, and between Blacks and Whites in the study.