NEW YORK, Aug. 26, 2020 /PRNewswire/ — This month, FORTUNE announced the FORTUNE Global 500 for the 2019 fiscal year, ranking the world’s largest corporations by revenue. Walmart claimed the top spot for the seventh consecutive year, and for the 15th time since 1995. For the first time ever, Mainland China (including Hong Kong) has the most companies on the list, up five from last year with 124. Adding Taiwan, the total for Greater China is 133. The U.S. held steady with 121, and Japan gained one for a total of 53. The companies on the 2020 list are based in 225 cities and 32 countries around the world. This year there are 14 women CEOs of FORTUNE Global 500 companies. 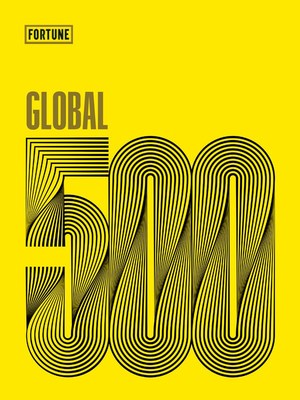 Explore a data visualization of the history of the Global 500.

In his foreword to the Aug./Sept. 2020 issue of FORTUNE, Editor-in-Chief Clifton Leaf writes: “There were precisely zero Global 500 companies based in mainland China in 1990 when we began our survey. Today there are more giant for-profit enterprises there than anywhere else on earth. […] It should go without saying (but, unfortunately, too often goes unsaid) that cross-border trade is precisely what made America the first economic superpower—long before it made China one. American companies exported $2.5 trillion worth of goods and services in 2019, up from $487 billion three decades earlier—a greater than fivefold increase in nominal dollars. Even adjusting for inflation, the growth rate is 152%. (For those who believe imports have increased at a substantially faster rate over the past three decades, prepare to be shocked: In inflation-adjusted terms, imports have grown 160%, barely more than exports.)”

On the U.S.-China economic rivalry, Geoff Colvin writes: “The shift in the Global 500 is significant because this rivalry is founded on economic might. Analysts can quibble over which country’s economy is biggest. The U.S. remains well ahead when the comparison is based on currency exchange rates, with 2019 U.S. GDP of $21.4 trillion vs. China’s $14.3 trillion. But based on purchasing power parity, a measure that adjusts for the countries’ differing price levels, China is slightly ahead of the U.S.—$21.4 trillion vs. $20.5 trillion as of 2018, the most recent year for which the World Bank has data. The gap is probably wider now and continuing to widen.”

Companies are ranked by total revenues for their respective fiscal years ended on or before March 31, 2020.  All companies on the list must publish financial data and report part or all of their figures to a government agency. Figures are as reported, and comparisons are with the prior year’s figures as originally reported for that year.