CHICAGO, Jan. 13, 2020 /PRNewswire/ —  An incentive prize ten times the size of the Nobel – believed to be the largest single award ever in basic science – is being offered to the person or team solving the largest mystery in history: how genetic code inside cells got there, and how cells intentionally self-organize, communicate, then purposely adapt. 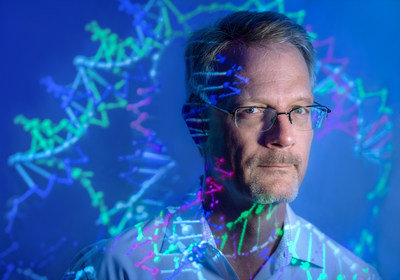 This $10 million challenge, the Evolution 2.0 Prize can be found at www.evo2.org.

The new international competition is intended to speed breakthroughs around the still unknown process of cell communication that organizers predict can turn off cancer, allow robots to think for themselves and even create new plant life to combat climate change.

The Evolution 2.0 Prize is designed by Chicago engineer-turned-marketer-turned-business consultant Perry Marshall and his A-list team of partners. They include top genetic experts from Harvard and Oxford, plus a diverse group of investors from private banking, healthcare and biotechnology, software, real estate, publishing and more.

“A germ resisting antibiotics does more programming in 12 minutes than a team of Google engineers can do in 12 days,” said Marshall. “One blade of grass is 10,000 years ahead of any computer. If a single firm in Silicon Valley held a fraction of the secrets of this natural code inside a single cell, they’d set the NASDAQ on fire. Organisms self-edit and reprogram in real time in a way that dwarfs anything manmade. If we crack this, it will literally change the course of aging, disease, A.I. and humanity.”

Marshall formed his newest company, Natural Code, to develop and apply core principles of nature giving rise to information, consciousness and intelligence. The full $10 million will only be awarded to a patentable coding system that self-evolves. The competition closely relates to the recent discovery awarded the 2019 Nobel in Medicine, which found a “switch” by which cells re-write their own DNA as oxygen levels change. Precisely how cells attained such intentionality – and how they continue to react to new situations and modify their own code – still eludes researchers.

The Evolution 2.0 Prize builds on the movement of supersized science incentives such as the X Prizes, Breakthrough Awards and recent Earth Shot announced by Prince William. More information is here.

“If there is a winning entry, it will transform innovation for the next 50-100 years,” offered Gary Klopfenstein, former U.S. Director of Berenberg Bank. “This is not just an interesting initiative for a small sector of the scientific community but should be watched by the public in general. As an investor I couldn’t be more thrilled to support the Evolution 2.0 Prize. We get to be a part of a world-changing discovery, a great business opportunity and have a front row seat to history.”

Other Evolution 2.0 Prize investors include:

Perry Marshall is endorsed in FORBES and INC Magazine and one of the most sought-after consultants to over 300 industries, author of the world’s best-selling book on digital advertising, and wrote Evolution 2.0, harnessing his communication engineer’s outsider perspective to reveal a century of unrecognized cellular discoveries. More information about how to enter can be found here.